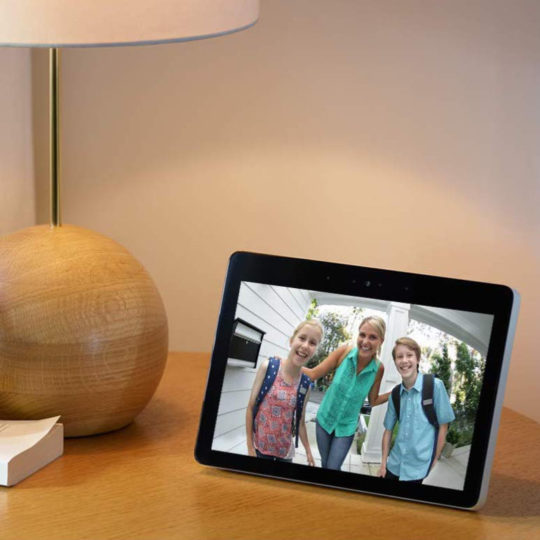 Amazon’s voice-activated personal assistant could be much more helpful if these features were better developed.

Now, when Amazon is introducing a ton of new Alexa-enabled devices, it’s worth stressing that all those devices will be as good as the system they are depending on.

And Alexa is improving at a slower pace than the hardware. The system is still English-centric, and what Alexa hears is still a mystery. Alexa is also not reliable enough to become the only means of controlling the smart home.

A 2nd-generation Echo Show, an AmazonBasics Alexa-activated microwave, or Amazon Smart Plug would be more helpful and less stressing if Amazon spent more time on improving the following areas.

8 things Amazon should improve in Alexa

Alexa was launched in November 2014. After four years, Alexa speaks in three languages: English, German, and Japanese. Three more (French, Spanish, and Italian) are available for developers of Alexa Skills.

To compare, Apple’s Siri supports 20 languages. For the most popular ones, such as English, Chinese, Spanish, or French, there are different dialects and accents available.

What about Google Assistant? Google is planning to make their voice-operated system speak in 30 languages by the end of 2018.

Having in mind that to communicate with the voice assistant you need a few hundreds of words, Amazon should push harder to introduce new languages.

2. More voices to choose from

Alexa is behind competitors also when it comes to a choice of available voices.

If the system supports multiple accents of a single language, it should also enable users to choose from voices using these accents.

Plus, there should be an option to choose between a few female and male voices, just like it’s done in Apple’s Siri.

You can confuse “Alexa.” Have you noticed that Amazon’s voice assistant won’t get activated when the second “a” is not low and loud enough?

It’s because Alexa can be confused with Alex. And Alex is #98 most popular boy name in 2018.

That’s why Amazon should give users of Alexa-enabled devices more options for personalization of the wake phrase. So far, you can choose between “Alexa,” “Amazon,” “Echo,” and “Computer.”

These words are too common. You won’t be happy to wake Alexa every time you say “I’ll check it out on my computer,” or “a parcel from Amazon has arrived.”

There should also be an option to add a second word to the wake command. “Hey, Alexa” is an example.

Voice-activated assistant share one common feature: they speak better than they hear.

That’s why to effectively use Alexa or Siri you have to speak louder and clearer than you would speak to a person being in the same distance as the voice assistant.

A personal assistant would become user-friendly the moment you would communicate with it in the same manner as with another person.

Alexa is still far behind from being user-friendly. When you open the Alexa app and check out history, you may see how many of your commands were dropped or misunderstood.

Alexa can be used not only on Echo smart speakers but also every other device that has Amazon Alexa app installed.

To make Alexa better hear you, you could try voice learning. The feature is available in the Alexa app for Amazon Fire, iOS, or Android.

However, you can’t set up your voice profile, because “the device you are using is not optimized for voice capture at this time.”

To let Alexa learn your voice, you will need to use an Echo speaker. I can’t find a good reason for this. A microphone in the iPhone is good enough to activate and use Alexa. Why is it not good enough for setting up the voice profile?

Using the second word for the wake command is also good because of the timing.

When you say “hey, Siri,” the voice assistant wakes up on “hey” and confirms activation on “Siri.”

When speaking “Alexa,” one word is used to wake up and confirm activation. As a result, there is a moment of silence between you stop and Alexa starts.

Obviously, the delay depends on many factors, including the internet connection speed and stability, but sometimes it’s too long – long enough for you to repeat the commands because you come to a conclusion you haven’t activated Alexa in the first place.

A second word in the wake command, a longer confirmation sound – these are the ways to relatively shorten the response time if there is no way to actually do it.

7. Get Alexa App to work

From the user’s point of view, Alexa app is a brain of Amazon’s voice-operated system. You can change settings here, see your interaction history, or set preferences for specific features.

The app as such is just fine. The only problem – and it’s a huge problem – is that it stalls too often.

I’ve been using it on my 7th-generation Amazon Fire HD 8, and though it may not be because of the app but the Fire.

When I installed the app on the iPhone, it stalls too. And I only use it to change settings, and not activate Alexa.

A good thing about music on Alexa is that you can decide which service you want to use to play the music. You can do the same when customizing the Flash Briefings module.

Amazon should allow other services for other options as well, naming only video services or audiobooks.