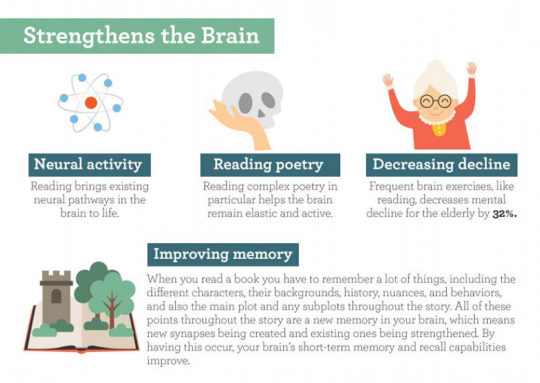 The Expert Editor Blog has recently published an interesting infographic that is intended to reach many people who don’t make a habit of reading regularly.

When we read, not only are we improving memory and empathy, but research has shown that it makes us feel better and more positive too.

There’s always time to change attitude. Why not start today?

Here are other infographics about books and reading:

Your brain on books, or the benefits of reading (infographic) https://ebookfriendly.com/your-brain-on-books-infographic/ via @ebookfriendly