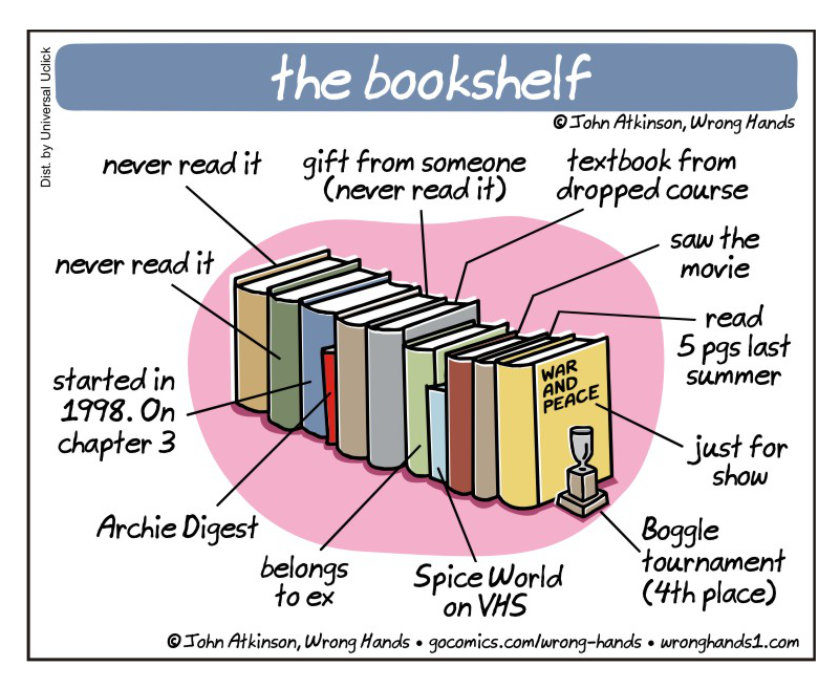 Does your bookshelf look like this, or just the opposite? Another fantastic book-related cartoon by John Atkinson / Wrong Hands.

How does your bookshelf look like? (cartoon) https://ebookfriendly.com/your-bookshelf-cartoon-john-atkinson/ via @ebookfriendly