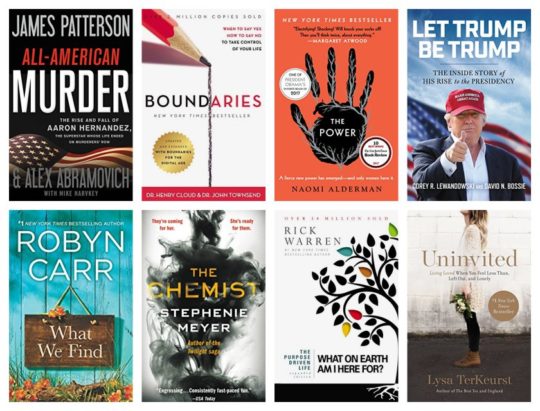 Today only, you can save huge on books by Stephenie Meyer, James Patterson, David Baldacci, and other NYT bestselling authors.

It is National Reading Month 2018, and many deals offered by Amazon are much more attractive than you could have expected.

The last Sunday of March is a great chance to start completing your summer reading list. Especially that today – and today only – you can save between 50% and 80% on books that made it to NYT bestseller lists.

The deal is offered both via Amazon Gold Box and Kindle Daily Deal. You can save on twenty-eight New York Times bestsellers, which cost today between $0.99 and $4.99.

Exploring the list will take a few minutes, and chances are great you may end up reading all day the book you’ve bought.

Besides novels by David Baldacci (The Guilty, from the Will Robie series), Stephenie Meyer (The Chemist), or Robyn Carr (What We Find), you will also find highly interesting nonfiction.

My favorite book is Boundaries, co-authored by Henry Cloud and John Townsend. The book will help regain control of your life by teaching how and when to say “yes,” and how and when to say “no.” An updated and expanded edition costs today $1.99. Compared to the regular price of , it’s a saving of as much as 88%.

Rick Warren’s The Purpose Driven Life ($1.99 ) was translated to over 80 languages and is far more than just a book. You’ll find the answers to life’s most important questions and learn about the benefits of knowing your purpose.

Finally, today’s Kindle Daily Deal brings an interesting alternative to Michael Wolff’s Fire and Fury. Written by Corey R. Lewandowski and David N. Bossie, the guys in the room-two of Trump’s closest campaign advisors, Let Trump Be Trump is the behind-the-scenes story of his rise to the presidency. The book costs $2.99 today.

Prices of Kindle editions of select New York Times bestsellers are cut by even 88% https://ebookfriendly.com/new-york-times-bestsellers-kindle-deal-march-2018/ via @ebookfriendly