A project by Prinz & Co puts in the center nearly 2,000 words we owe to Shakespeare

To celebrate Shakespeare’s 400th anniversary, Prinz & Co works on a book that is all about the words first used by The Bard.

The world owes to William Shakespeare not only 37 plays and 154 sonnets but almost 2,000 words of which two-thirds are still present in the Oxford English Dictionary.

We use many of the words invented by The Bard without even knowing it. “Addiction,” “manager,” “fashionable,” or “belongings” are among them.

Now, there is a chance all these words will be collected in a unique book called Words. The project was initiated by the Stockholm-based innovation agency Prinz & Co.

The words will be shown in the order they first appeared in Shakespeare’s works, presented in full spreads, half spreads, or beautiful lists.

Each word will come with the context: in which work Shakespeare used it for the first time (play, act, scene), and what was the exact sentence.

If that happens (and I strongly hope so), backers who pledge SEK 180 (USD 20) will get the 30 × 42 cm poster with one of Shakespeare’s most iconic words. The estimated delivery of the book is March 2017.

The book will be accompanied not only be limited-edition posters available exclusively for Kickstarter backers but also a website designed to be an inspirational way to discover Shakespeare’s epic legacy. 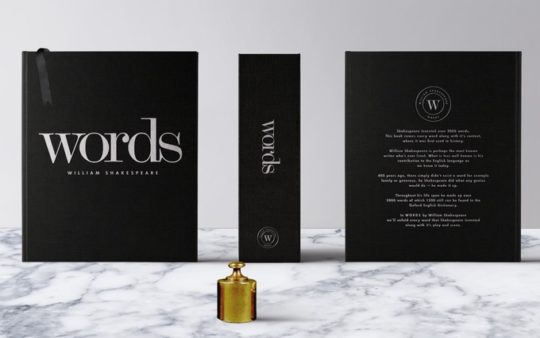 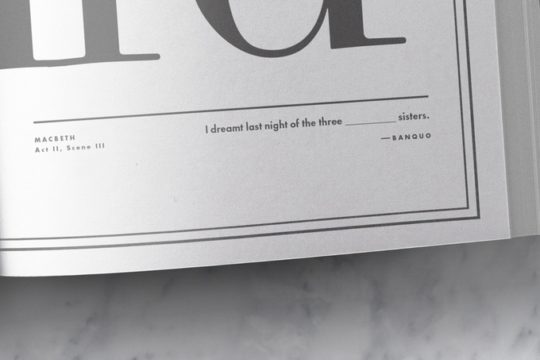 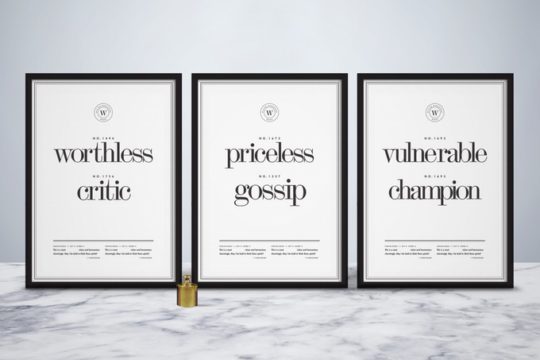 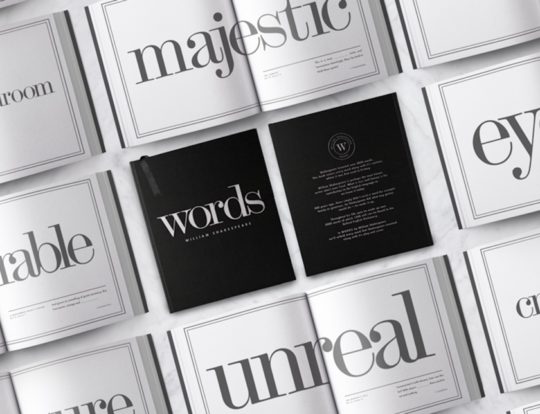 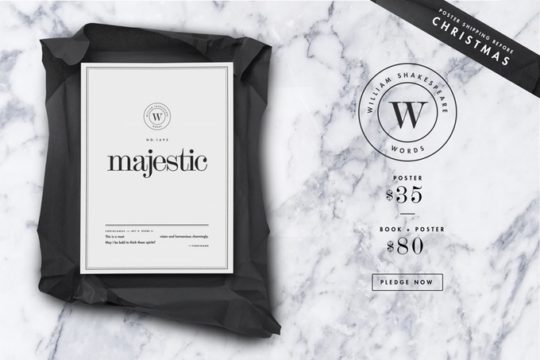 A stylish book with nearly 2,000 words invented by Shakespeare https://ebookfriendly.com/words-william-shakespeare-book/ via @ebookfriendly