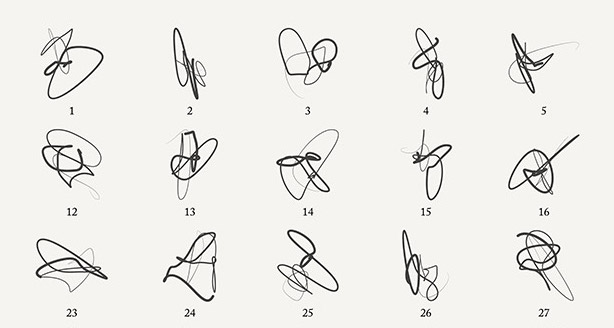 William Shakespeare’s sonnets are unique to the core. Why not showing them as unique signatures?

Here is another great literary visualization from Nicholas Rougeux, a Chicago-based web developer and graphic designer.

Sonnet Signatures project visualizes 154 of William Shakespeare’s sonnets by charting the letters used in each one.

The technique Rougeux invented to generate the digital signatures is impressive. Each line of a sonnet was assigned a point with coordinates on a graph based on:

All the points were then connected with a sweeping exaggerated stroke based on the order of the lines in the sonnet (1 to 2 to 3, etc).

What’s more, you can get each of the signatures on a standalone artwork. Check out the entire collection here. 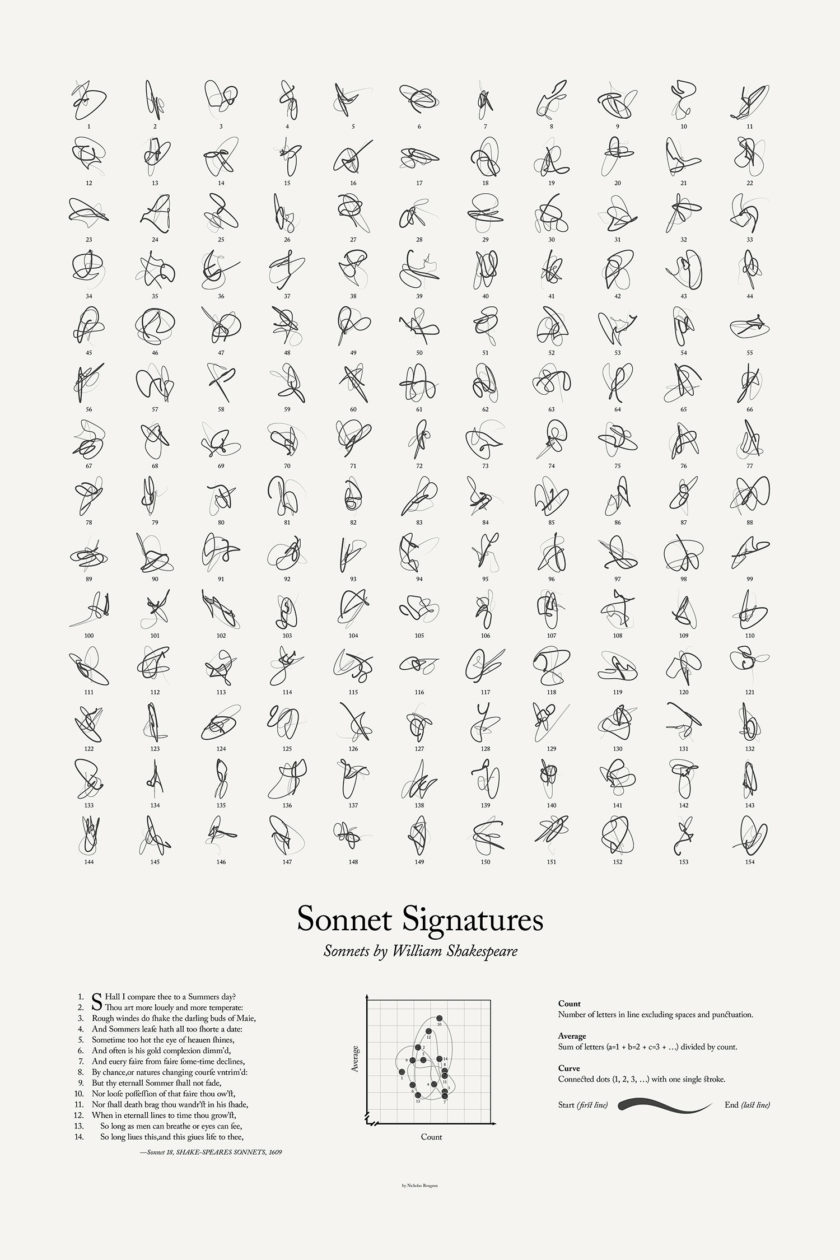 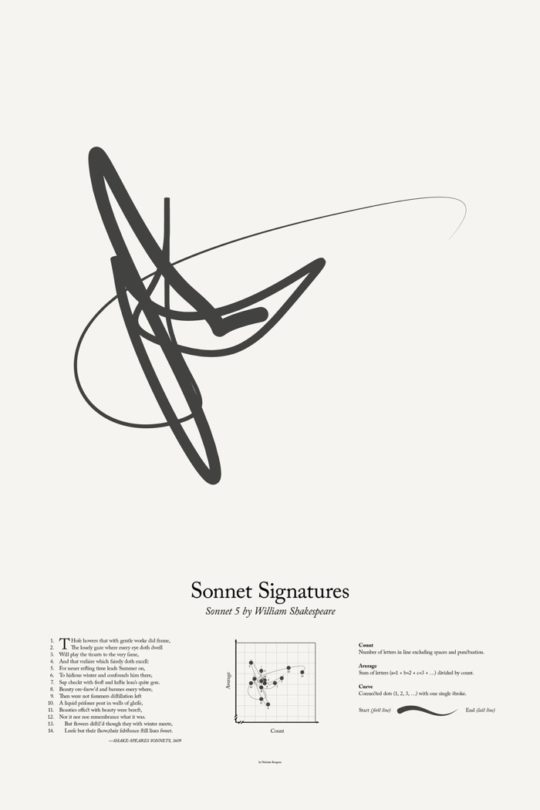