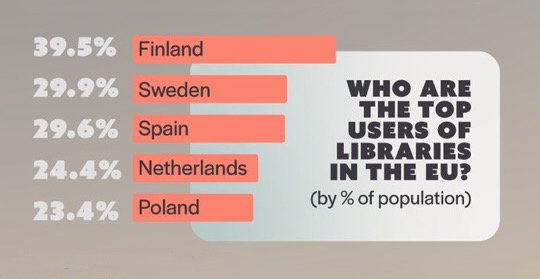 The infographic shares facts and figures about the state of reading in the European Union, and is a great way to start a discussion about the role of libraries.

In the digital age, libraries are more important than ever before, and it’s worth discussing their future.

A new topic has just appeared on Debating Europe, a platform where users from Europe can discuss issues they care about with EU politicians and experts.

The debate about the role of libraries is accompanied by an infographic that is designed to trigger discussion about challenges the libraries are facing in the near future.

The visual is based on outdated information (for instance, the number of ebooks available on Project Gutenberg is now over 57,000). Nevertheless, it’s a great start to find answers to the following questions: 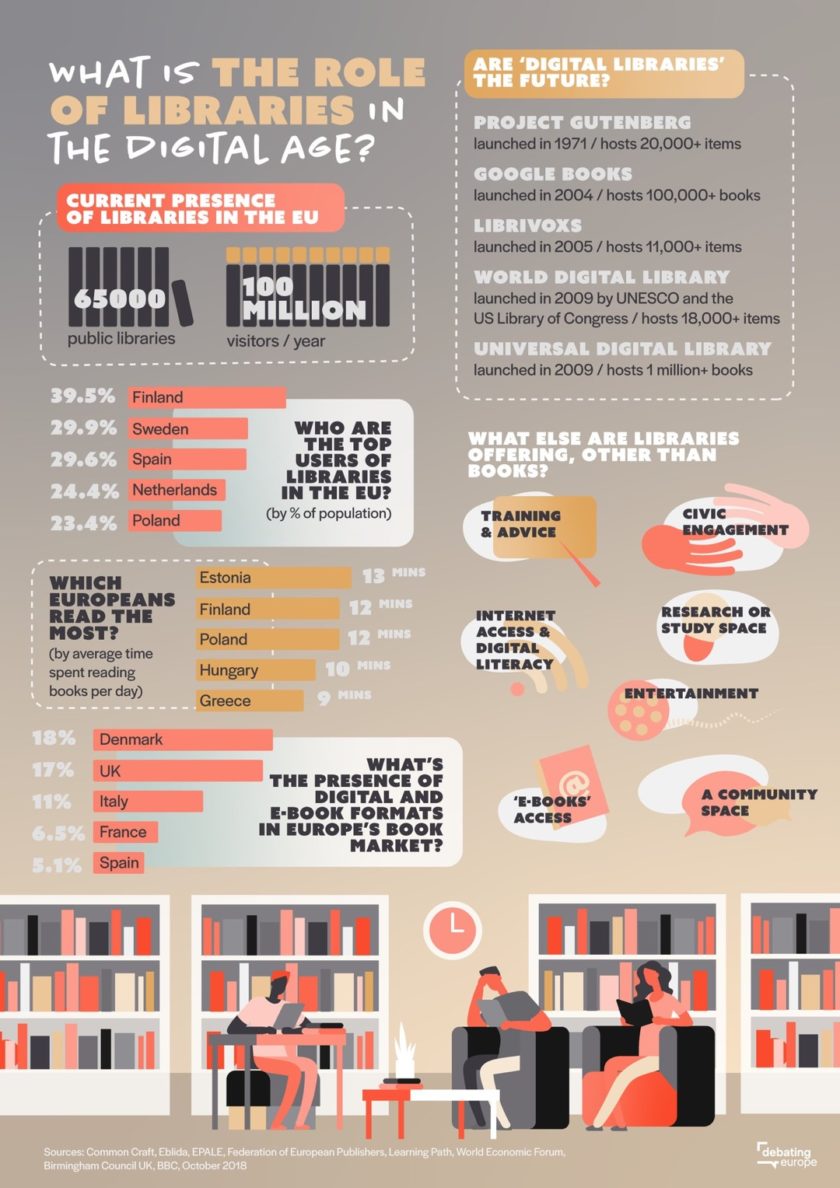 What is the role of libraries in the digital age (infographic) https://ebookfriendly.com/what-role-libraries-librarians-digital-age-infographic/ via @ebookfriendly