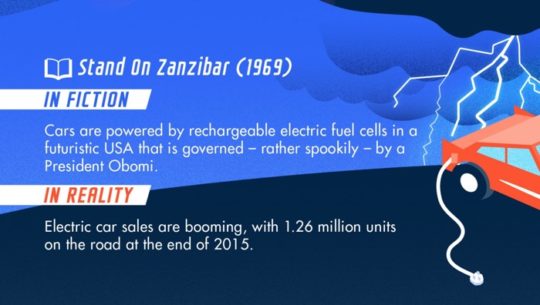 Wouldn’t you like to seat behind the steering wheel of the lanspeeder? It turns out some of the most creative vehicles invented by sci-fi authors and screenwriters are closer to reality than you think.

We Buy Any Car has released an infographic Sci-fi and the Future of Transport. It lists ten fictional transport means and how they are being implemented in real life.

By exploring the creations of these authors and filmmakers, we can see spookily-similar equivalents in today’s existing and soon-to-be-released transportation technologies.