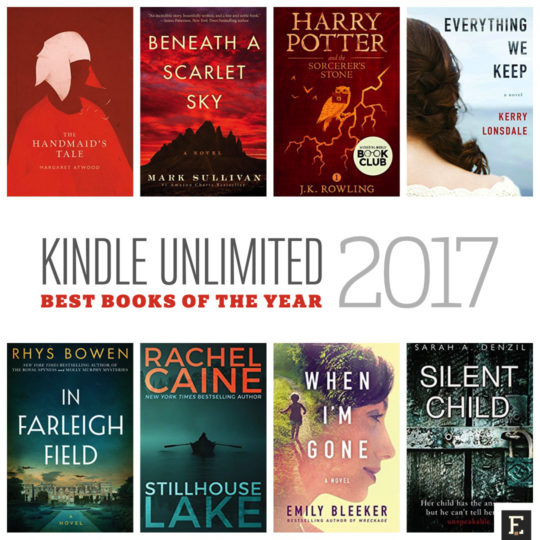 The Handmaid’s Tale by Margaret Atwood is the most popular Kindle ebook of 2017 that’s available via Kindle Unlimited.

Many Kindle users who consider investing in Kindle Unlimited ebook subscription wonder how good are the books that are included in the catalog of eligible titles.

Hear this: as much as 82 out of 100 Kindle bestsellers are Kindle Unlimited eligible.

The No. 1 position is taken The Handmaid’s Tale by Margaret Atwood. It’s followed by Beneath a Scarlet Sky, a novel by Mark Sullivan, released in May by Lake Union Publishing. The third place is taken by J.K. Rowling’s Harry Potter and the Sorcerer’s Stone.

For a monthly fee of $9.99, Kindle Unlimited gives unlimited access to over 1.8 million Kindle ebooks, but also Audible audiobook companions, as well as digital versions of popular magazines and newspapers.

So, how is the Kindle Unlimited eligible book being counted as sold? The user can download a single book at no extra cost, and can read only a part of it, right?

With the introduction Amazon Charts the way Kindle Unlimited books are counted as “read” and “sold” was revealed.

In short, the Kindle book acquired through digital subscription – such as Kindle Unlimited – is considered as sold when the user has read roughly the length of the free sample.

Below, you’ll see a list of Top 50 most popular Kindle Unlimited books in 2017. These books are considered as sold, so they counted into Top 100 Kindle Bestsellers of 2017.

Scroll down even further, and you’ll see Top 5 titles described in detail. 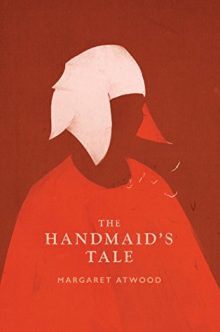 The Handmaid’s Tale is a novel of such power that the reader will be unable to forget its images and its forecast.

Set in the near future, the novel describes life in what was once the United States and is now called the Republic of Gilead.

The story is told through the eyes of Offred, one of the unfortunate Handmaids under the new social order. In condensed but eloquent prose, by turns cool-eyed, tender, despairing, passionate, and wry, she reveals to us the dark corners behind the establishment’s calm facade, as certain tendencies now in existence are carried to their logical conclusions. 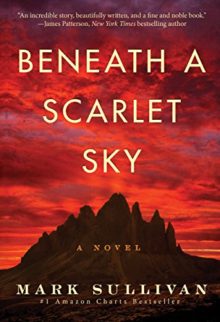 2. Beneath a Scarlet Sky: A Novel

Based on the true story of a forgotten hero, USA Today bestseller Beneath a Scarlet Sky is an epic tale of one young man’s incredible resilience during one of the history’s darkest hours.

Pino Lella wants nothing to do with the war or the Nazis. He’s a normal Italian teenager—obsessed with music, food, and girls—but his days of innocence are numbered.

When his family home in Milan is destroyed by Allied bombs, Pino joins an underground railroad helping Jews escape over the Alps, and falls for Anna, a beautiful widow six years his senior. 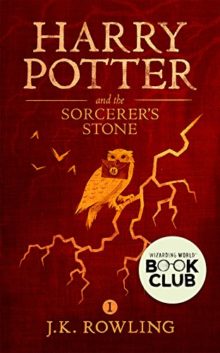 3. Harry Potter and the Sorcerer’s Stone

Harry Potter has never even heard of Hogwarts when the letters start dropping on the doormat at number four, Privet Drive. Addressed in green ink on yellowish parchment with a purple seal, they are swiftly confiscated by his grisly aunt and uncle.

Then, on Harry’s eleventh birthday, a great beetle-eyed giant of a man called Rubeus Hagrid bursts in with some astonishing news: Harry Potter is a wizard, and he has a place at Hogwarts School of Witchcraft and Wizardry.

An incredible adventure is about to begin! 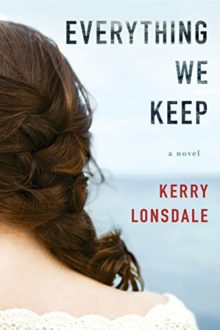 4. Everything We Keep: A Novel

Sous chef Aimee Tierney has the perfect recipe for the perfect life: marry her childhood sweetheart, raise a family, and buy out her parents’ restaurant. But when her fiancé, James Donato, vanishes in a boating accident, her well-baked future is swept out to sea.

A luminous debut with unexpected twists, Everything We Keep explores the devastation of loss, the euphoria of finding love again, and the pulse-racing repercussions of discovering the truth about the ones we hold dear and the lengths they will go to protect us. 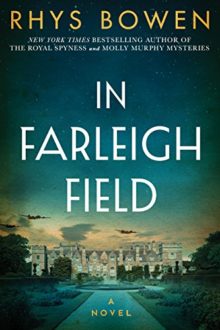 5. In Farleigh Field: A Novel of World War II

World War II comes to Farleigh Place, the ancestral home of Lord Westerham and his five daughters when a soldier with a failed parachute falls to his death on the estate.

After his uniform and possessions raise suspicions, MI5 operative and family friend Ben Cresswell is covertly tasked with determining if the man is a German spy.

Inspired by the events and people of World War II, writer Rhys Bowen crafts a sweeping and riveting saga of class, family, love, and betrayal.

Keep exploring. Here are other posts about Kindle and Amazon:

A concept of the next-generation Kindle Paperwhite, plus a feature wishlist
– October 27, 2021