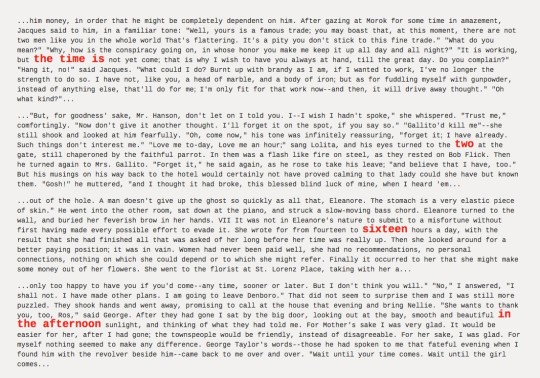 This is one of the most creative ways of using content from ebooks that entered public domain.

When you visit Text Clock, you’ll see, highlighted in red, the current time in your time zone. Each part of the sentence stating the time comes from a different book.

That’s not just that. Reload the page in a browser by hitting Control+R and you’ll read a different set of paragraphs.

It’s not a first project where Ross Goodwin sourced the text from Project Gutenberg. You should also check out Sonnetizer, a program that generates 14-line rhyming sonnets from any text inset.

A book of 10,000 sonnets, generated by Sonnetizer from the sonnets of William Shakespeare is available as a free pdf download.

The projects from Ross Goodwin are extremely inspiring, and give energy to explore the exciting land of free public domain content, not only free ebooks, but also photos and illustrations, naming only Flickr Commons catalog.

What drives Ross Goodwin should be a motto for many digital artists:

What does it mean to be “literate” in today’s world? Has the current definition of “literacy” extended itself to include hypertext & other dynamic forms in which streams of information are now commonly presented/absorbed? If so, what are the implications of this shift?