Buying original Apple accessories has less and less sense. Why overpay, if you can get a more functional, same quality product for a much lower price?

The latest announcement of the Pro Display XDR stand that costs $1,000 sparked a widespread discussion about Apple’s approach to accessories.

The company relies too heavily on the addiction to the brand and seems to forget that every purchase has to include a minimal level of rationality.

This stand costs almost as much as three 9.7-inch iPads. Or as much as iPhone XS. Or more than ten Kindles.

The problem is that all original Apple accessories are terribly overpriced. You can be loyal to the brand, but not at any price.

And more and more Apple users start to switch to third-party alternatives, which offer not only a similar quality but are available at considerably lower prices.

Obviously, if you buy the 12.9-inch iPad Pro, you don’t want to spoil your experience this something that stops working after two weeks. But, be assured, many of the third-party cases and accessories offered for Apple devices are extremely durable. They usually work longer than you expect, opposite to Apple accessories which usually work shorter than you expect. It’s a result of your perception of quality defined by the price.

Take a look at the stand that looks like being designed by Apple but it’s not. It looks like a $100 accessory but costs three times less.

Created by Stouch, this minimalist $30 aluminum stand is 360-degree rotatable and features a stabilizing front edge to prevent the iPad from sliding off.

The stand is heavy (heaviest in its class) and is made of a single piece of premium aluminum. A center of gravity is positioned at a lowest possible level so that you can use the stand with even the largest and heaviest tablets.

Yes, it can be used with both the 11- and 12.9-inch iPad Pro, in both vertical and horizontal position. A cutout in the back side has a purpose – you can use it to keep the cables in order.

The stand from Stouch is just one – a very good but only one – example of gorgeous third-party stands and holders for Apple iPad. 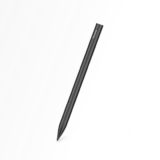 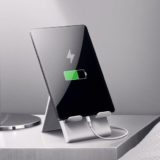 Here are more posts for iPad and iPhone users:

This sleek iPad Pro stand is fully rotatable and costs only $29 https://ebookfriendly.com/sleek-affordable-ipad-pro-stand-fully-rotatable/ via @ebookfriendly