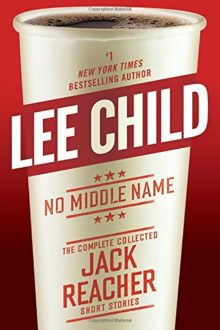 For the first time, all Lee Child’s short fiction featuring the most iconic hero for our age Jack Reacher has been collected into one volume.

Read together, these twelve stories shed new light on Reacher’s past, illuminating how he grew up and developed into the wandering avenger who has captured the imagination of millions around the world.

No Middle Name collection includes twelve stories. One of them is a brand new novella, Too Much Time.