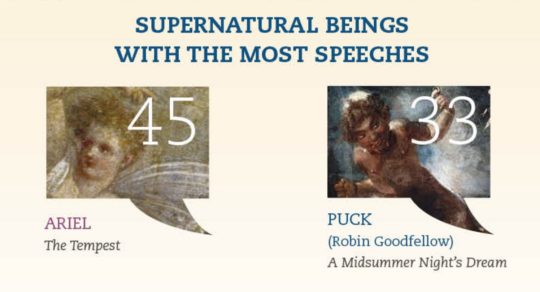 The Bard often used magic in his plays. He created supernatural characters to build tension or introduce plot twists.

Oxford University Press has taken a closer look at Shakespeare’s fascination with the supernatural in this infographic.

Depending on the play, a being might have a number of abilities and serve a number of different purposes — be it corrupting humans, serving masters, prophesying, or casting spells.

It’s not the first infographic from OUP Blog that’s devoted to Shakespeare. To celebrate the 400th anniversary of Bard’s death, their team has released an infographic that shows who was on Shakespeare’s bookshelf.

Keep exploring. Here are more infographics to check out: