We’ve seen already a couple of visuals that tried to pick up the most popular books of all time.

The infographic designed by Lovereading.co.uk, a book discovery site with advanced tools to help you choose your next read, has pushed the topic to a totally new level.

You’ll not only see the most popular books listed in one place, but the description of each book includes also estimation about number of editions, number of translations and units sold.

Almost half of these titles are available legally as free ebooks (for Kindle, iPad, and other devices). We list them below with links to Project Gutenberg. 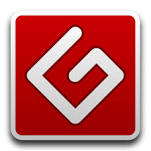 Most popular books of all time – free ebook downloads

30+ most read books of all time, plus free downloads https://ebookfriendly.com/most-read-books-history-infographic/ via @ebookfriendly