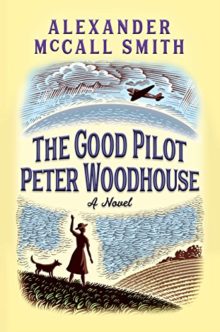 From the beloved author of the No. 1 Ladies’ Detective Agency series comes a heartwarming tale of hope and friendship set amid the turmoil of World War II.

Val Eliot, a young woman working on an English farm during the war, meets Mike, a U.S. Air Force pilot stationed nearby.

When Val rescues a Border Collie named Peter Woodhouse, who is being mistreated by his owner, she realizes the dog would actually be safer with Mike. And so Peter Woodhouse finds a new home on the air force base, and Val finds herself falling in love.