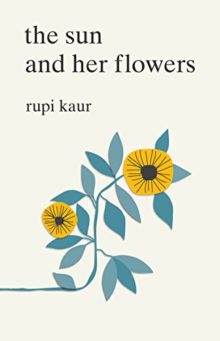 the sun and her flowers

From Rupi Kaur, the #1 New York Times bestselling author of milk and honey, comes her long-awaited second collection of poetry.

A vibrant and transcendent journey about growth and healing. Ancestry and honoring one’s roots. Expatriation and rising up to find a home within yourself.

Divided into five chapters and illustrated by Kaur, the sun and her flowers is a journey of wilting, falling, rooting, rising, and blooming. A celebration of love in all its forms.

Recommended ebook: The Sun and Her Flowers – Rupi Kaur https://ebookfriendly.com/recommended-ebook-the-sun-and-her-flowers-rupi-kaur/ via @ebookfriendly