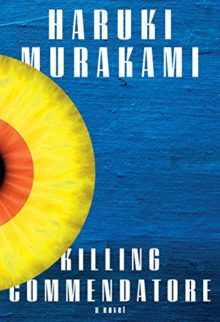 An epic new novel by Haruki Murakami follows a portrait painter from Tokyo, who finds himself holed up in the mountain home of a famous artist, Tomohiko Amada.

When he discovers a previously unseen painting in the attic, he unintentionally opens a circle of mysterious circumstances.

“A tour de force of love and loneliness, war and art—as well as a loving homage to The Great Gatsby – Killing Commendatore is a stunning work of imagination from one of our greatest writers.