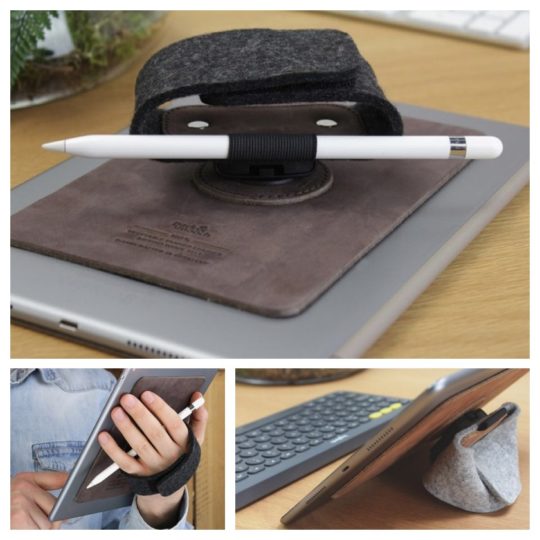 From Pack & Smooch comes an innovative multifunctional accessory that can be used not with one but several iPad models.

TabStrap is the new iPad accessory made of premium-quality 100% Merino wool felt and pure vegetable tanned leather – a trademark of Pack & Smooch, a Hamburg-based company behind brilliantly handcrafted leather and felt iPad sleeves.

The new product is currently funded on Kickstarter, because it is too unique to be launched without giving users a chance to learn about it, and – if they like the concept – support its development.

What other products don’t have is the ability to rotate the hand holder easily. You can hold the iPad horizontally, vertically, or upside down. It can give you full control over the device, what can be especially helpful if you sketch or paint a lot with a stylus.

The holder is being attached to the iPad by a leather-covered back sticker which can be removed without leaving any residue. TabStrap will be using a strong adhesive-less micro-suction tape. With the size planned for the TabStrap, the tape should be able to carry up to 44 kg (97 pounds), when stuck on glass!

The carrying strap can be detached from the leather base any time. However, the strap is designed in such a way that there would be no reason to remove it if you want to connect your iPad Pro with the Smart Keyboard.

A hand holder that can be transformed into a stand? Clever! And it’s possible thanks to a carefully chosen width of the holder. It’s wide enough to firmly embrace your palm (especially that you can tighten the loop with a Velcro fastener). And it’s narrow enough to be able to form a stable stand.

The best description of Pack & Smooch TabStrap is a hand-holder with a built-in Apple Pencil case that can be attached to the back of the iPad.

TabStrap will work perfectly not only with iPads but most other tablets, even the largest ones. Two planned color combinations are Blonde (light gray felt and light brown leather), and Brunette (charcoal felt and dark brown leather). 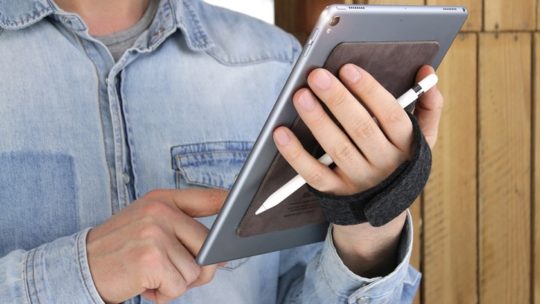 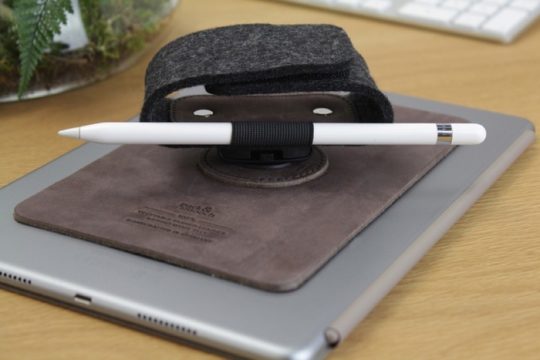 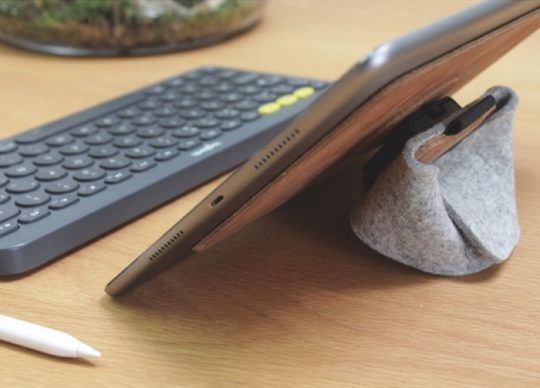 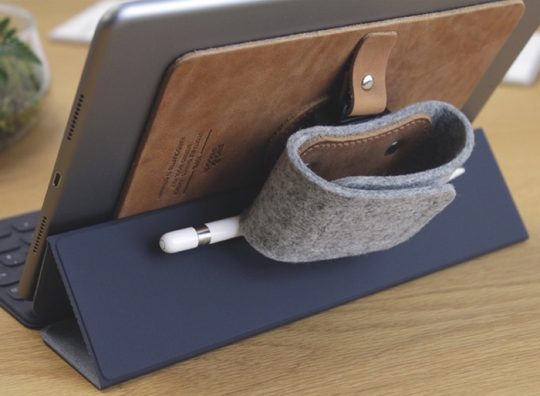