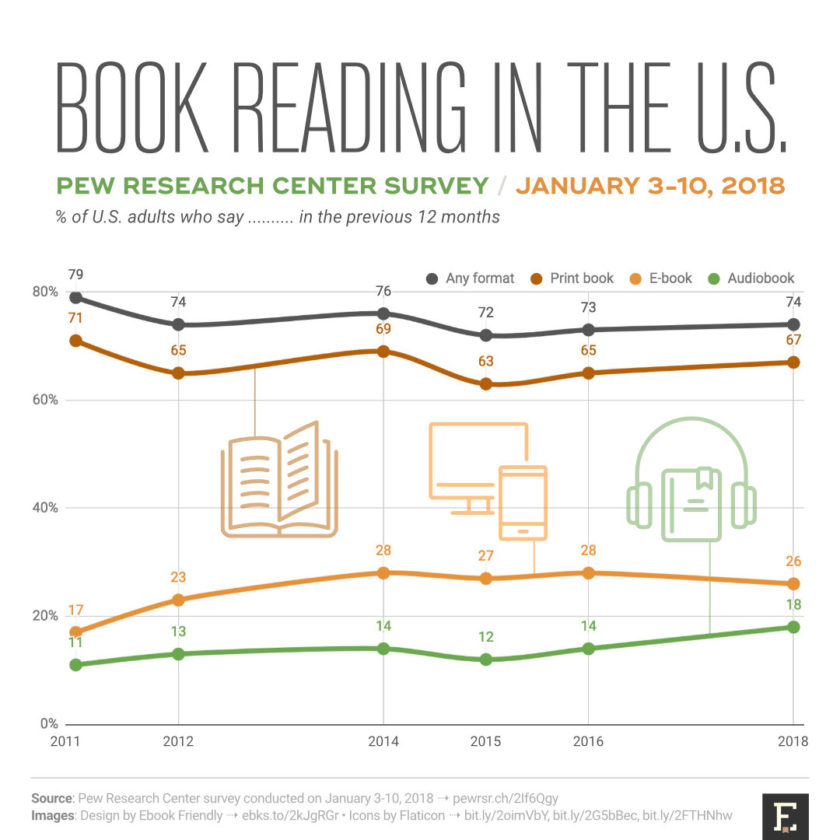 According to a new Pew Research survey, the share of American adults who listen to audiobooks has increased to 18%.

Pew Research Center has recently released results of a survey that takes a closer look at reading habits in the United States.

The newest survey was conducted between January 3 and 10, 2018. Respondents were asked how many books, and in which format, they have read in the previous 12 months.

The most significant change is seen in the use of audiobooks. 18% of surveyed American adults claimed they have listened to an audiobook in the last year. It is 28% more than in April 2016, when the previous survey was conducted.

Audiobooks are most popular among younger people. In the age group 18-29, as much as 23% of respondents said they listened to audiobooks. The share is slightly lower among 30- to 49-year-olds – it’s 22%.

In general, Americans are spreading their book consumption across several formats. 29% claim they read books both in print and digital formats (ebooks and/or audiobooks). It’s an insignificant increase from 28% in 2016.

According to the 2018 Pew Research Center, Americans read an average of 12 books per year. This figure is unchanged since 2011, when the company surveyed reading habits in the U.S. for the first time.