The infographic presents 23 languages that are a native tongue of over 4 billion people.

There are at least 7,102 known languages alive in the world today, but the infographic analyzes the 23 most popular ones. Each one of them is a mother tongue of at least 50 million people – this was the rule to selected the language to the infographic.

Out of 7.2 billion people living today, as much as 4.1 billion speak one of these 23 languages.

The most popular language is Chinese. There are over 1.1 billion people speaking all Chinese dialects. The second language is Spanish, spoken by 400 million people, followed by English (335), Hindi (260), and Arabic (242).

When it comes to the number of countries where the languages are spoken, English is first (110 countries). Arabic comes second (60), and French follows with 51 countries. 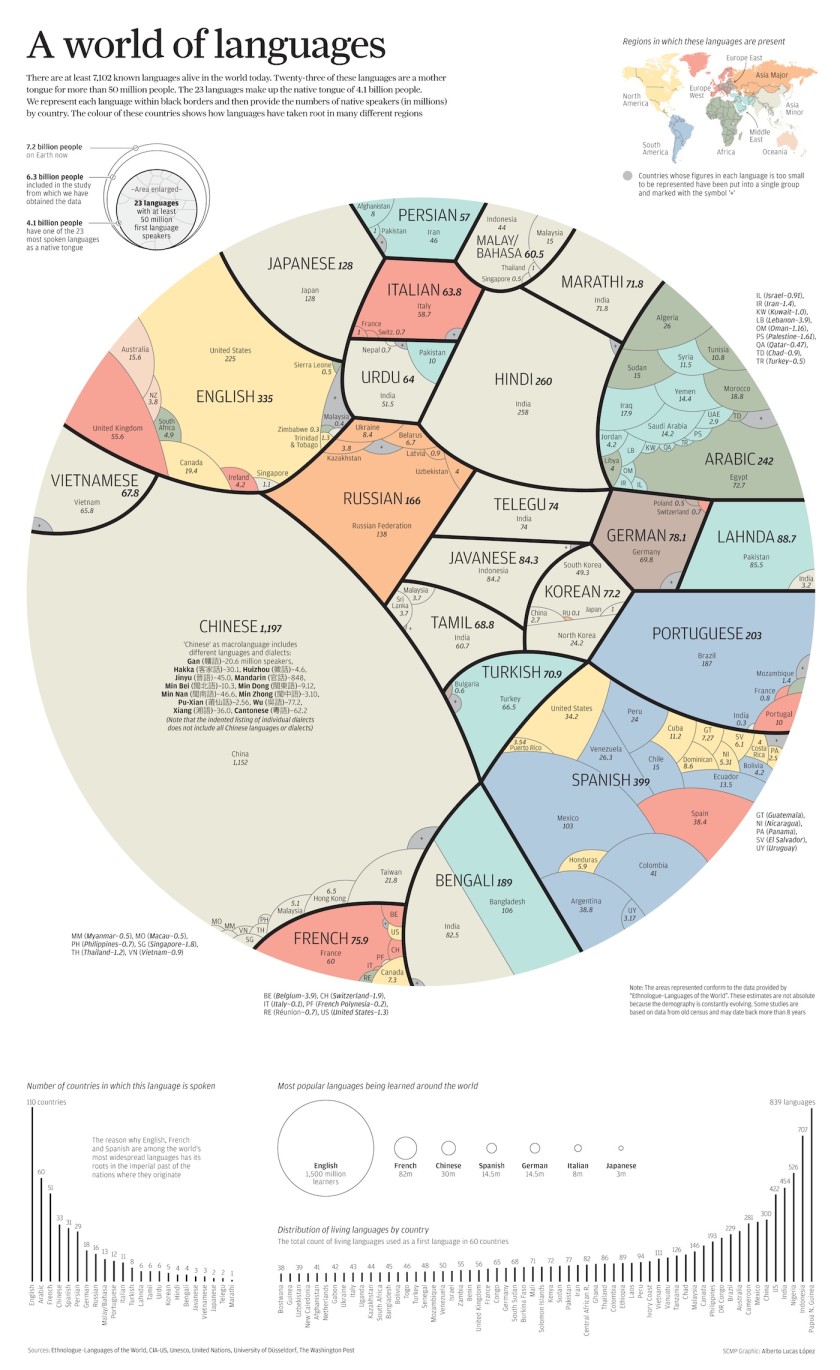 Most popular languages of the world (infographic) https://ebookfriendly.com/most-popular-languages-of-the-world-infographic/ via @ebookfriendly