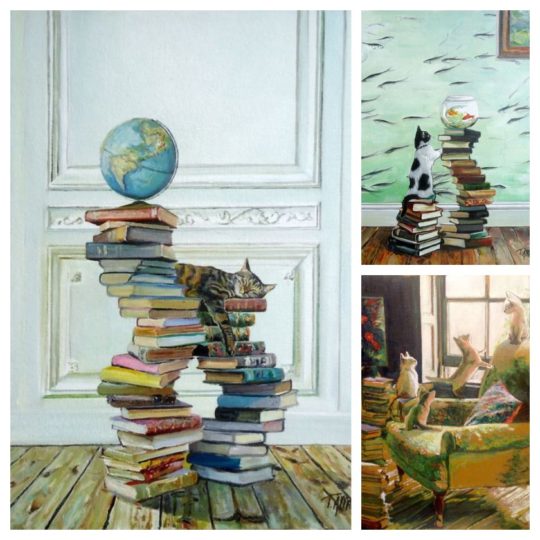 The love of books and cats is beautifully visualized by an award-winning UK-based oil painter Timothy Adam Matthews.

The artist creates portraits (including babies) or landscapes, but it’s the paintings about the kittens that make every book lover’s heart rate jump.

As well as being considered playful and humorous, cats are also regarded as spiritual animals in many cultures. I like to incorporate both these qualities (humour & spiritualism) in my cat paintings.

Timothy Adam Matthews began oil painting in 2010. At first, it was nothing more than a hobby. The artist developed a technique to shoot several photographs and use photo editing software to create a reference image. Only after that he attempted to start painting.

You can find more paintings by Timothy Adam Matthews visiting his profiles on Twitter or Facebook. On Instagram, he shares his newest works at different stages of development.

If you’d rather want to get the real painting on the wall in your living room, make sure to visit the artist’s profile on Art Finder. 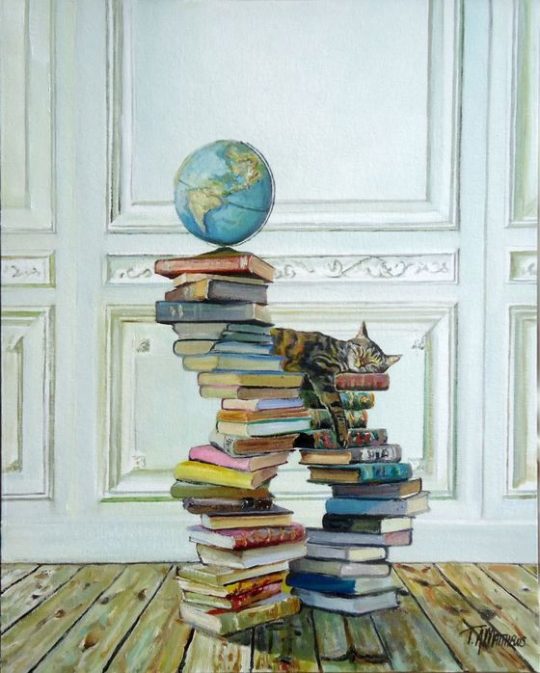 Around the world in 8 catnaps. 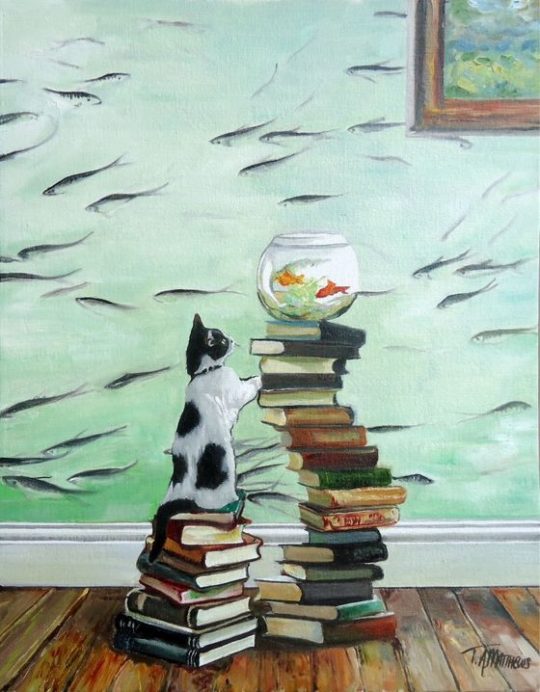 Curious kitten and the fishbowl. 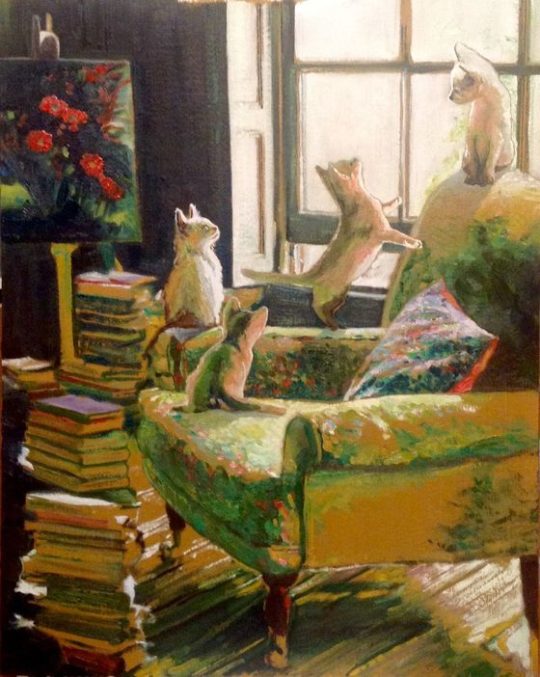 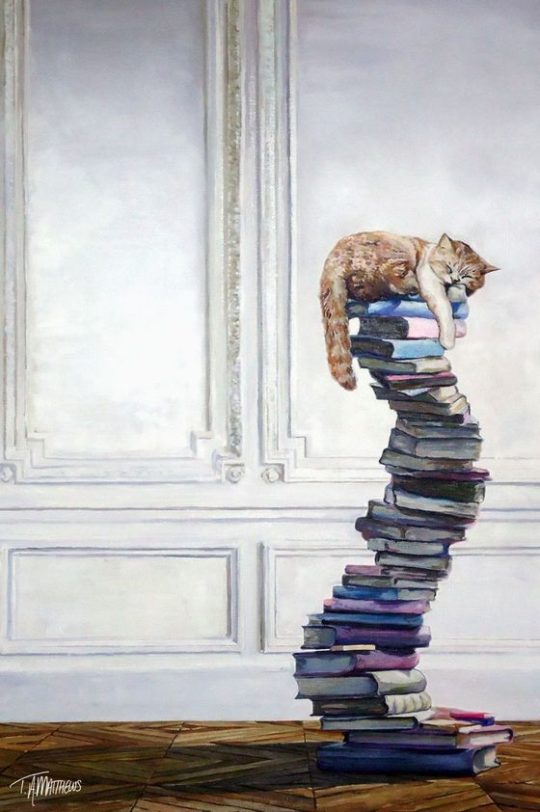 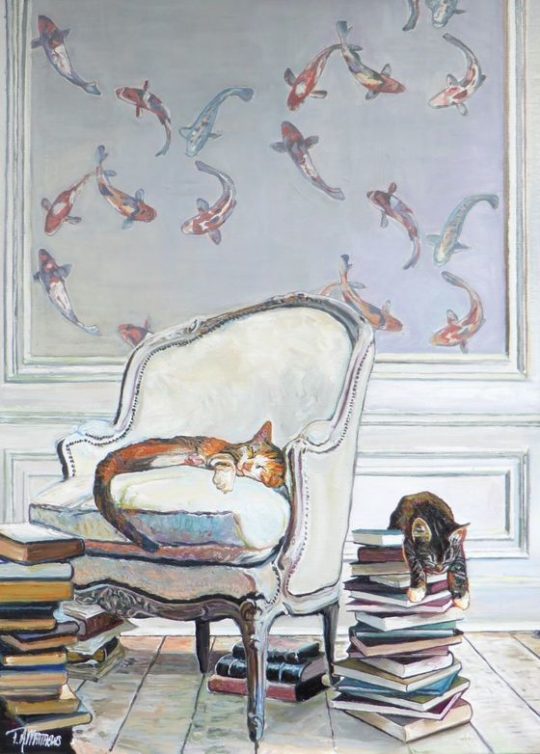 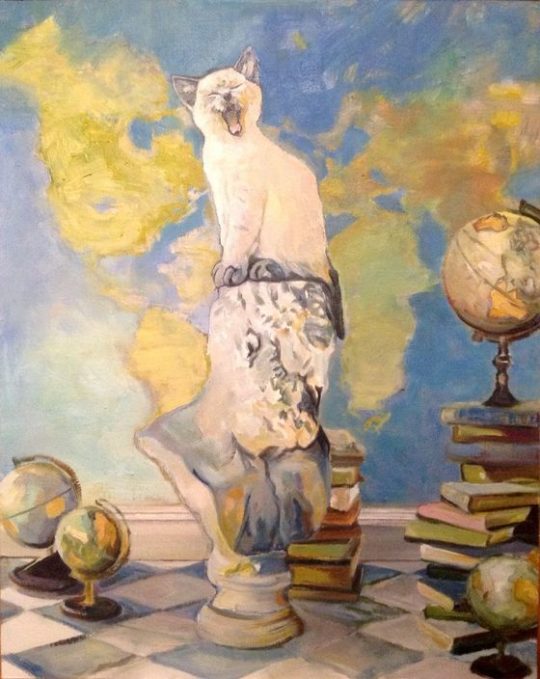 Kittens and books on beautiful paintings by Timothy A. Matthews https://ebookfriendly.com/kittens-books-paintings-timothy-adam-matthews/ via @ebookfriendly