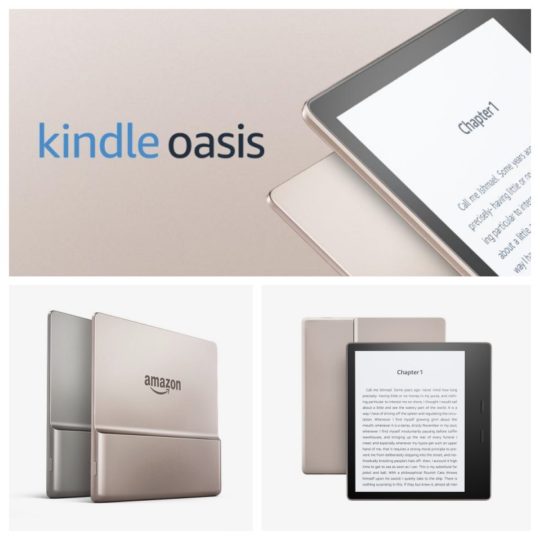 Finally, an e-reader gets the look of top-shelf tablets.

Five months after the launch, the 2nd-generation Kindle Oasis gets the new color variant – and you are going to love it!

A few minutes ago, Amazon has announced on Twitter the introduction of Kindle Oasis in Champagne Gold. Until now, the e-reader was available in one color: Graphite.

What about the price? Usually, all color variants cost the same. This time it looks like it’s different. The price displayed for the Champagne Gold version is $30 higher than Graphite. It’s $279.99 versus $249.99.

Calm down, you won’t pay extra money for the color. The reason for the higher price is that the more expensive 32 GB storage option is recommended by Amazon. However, when you add the Kindle to cart, you will have a chance to customize your purchase. And you will be able to choose the cheaper 8 GB variant, as well.

You can already pre-order Kindle Oasis in a new color, but you’ll need to wait for the shipping until March 22, 2018.

If you decide to buy the e-reader now, you can get Kindle Unlimited for a reduced price. The Kindle Unlimited subscription purchased together with the Kindle (actually, every Kindle model comes with that offer) costs $9.99 for first three months.

Kindle Oasis 2 is Amazon’s most advanced e-reader. It is waterproof and meets IPX8 rating. You can put it two meters under water and keep it for up to one hour without causing any damage.

The device is also the first Kindle with the 7-inch display. The resolution it offers is 1680 × 1264 px. Most importantly, the 2nd-generation Kindle Oasis can play audiobooks, as it has built-in Audible support.