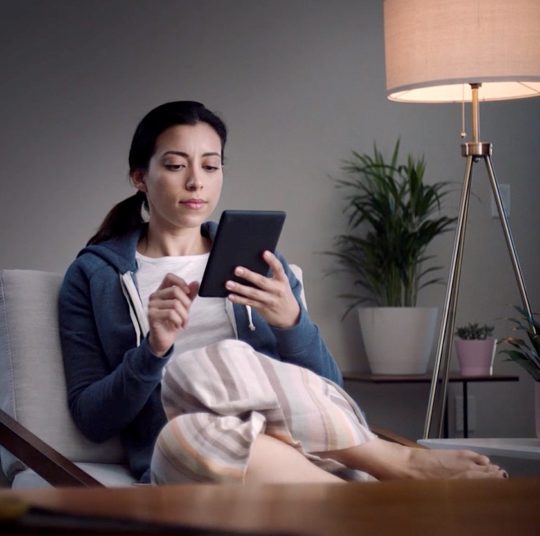 Cyber Monday 2018 is the last chance this year to see price cuts on the basic Kindle and Kindle Paperwhite 4 released in November / Image: Amazon

The Black Friday 2018 hasn’t brought deals on Kindle e-readers, but the chances are you’ll see them on Cyber Monday.

A lot of Kindle fans are impatiently waiting for deals on the most popular Kindle models.

Unfortunately, the Black Friday 2018 catalog in the US Amazon store, doesn’t include the deals on either the basic Kindle or the newest Kindle Paperwhite 4.

Opposite to Fire or Echo, Kindle deals were never revealed in the first wave. Amazon was keeping them as the climax of the Black Friday & Cyber Monday shopping mania.

Deals on Kindle e-readers were always offered since we track Black Friday prices. If not on Black Friday, the deals on the basic Kindle were revealed on Cyber Monday. The same with deals on the most popular model – the Paperwhite.

But will the 4th-generation Kindle Paperwhite get the price cut at all? The new model has just been released (November 7), and it sports so many new features and improvements that users will rush to get it even without the price cut.

Our predictions for Cyber Monday 2018 are:

Don’t wait for the better deal on the 4th-generation Paperwhite than $20 off. Keep in mind that the e-reader comes with 6-months of free Kindle Unlimited, which means you already save $60 on the subscription.

In the meantime, you can get $40 off the previous-generation Paperwhite, plus there are attractive deals on Kindle bundles:

More about Kindle and Amazon:

Will Kindles, including the Paperwhite 4, get price cuts on Cyber Monday? https://ebookfriendly.com/kindle-deals-coming-cyber-monday-2018/ via @ebookfriendly