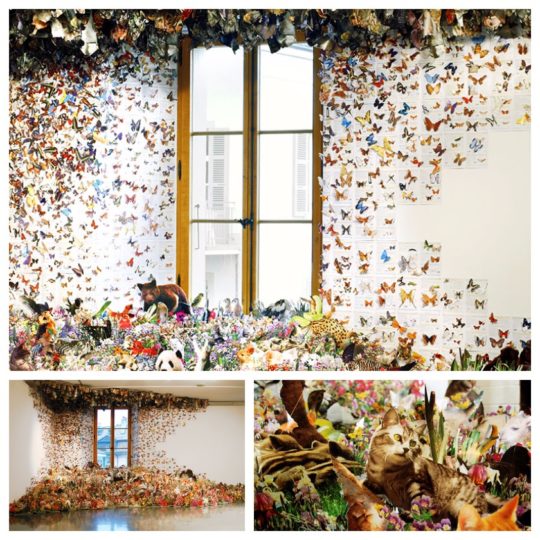 Imagine the outside fauna taking control of the abandoned house and becoming its proper inhabitants.

This is the idea behind two striking art installations by Andrea Mastrovito.

This trompe-l’oeil, or paper diorama, also suggests the strength of images, the infinite possibilities that knowledge—through books—can give us in order to create and re-create the world that we can only imagine.

The first piece was exhibited back in 2010, at Governors Island in New York. It was made from illustrations cut out from over 1,100 repurposed textbooks. 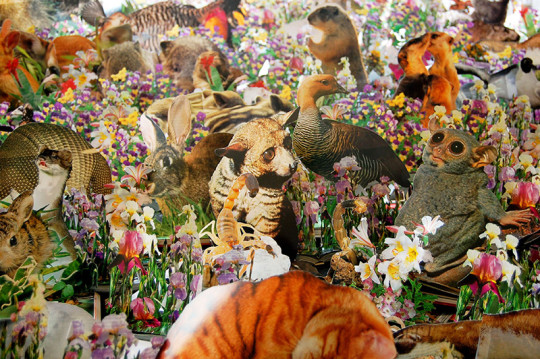 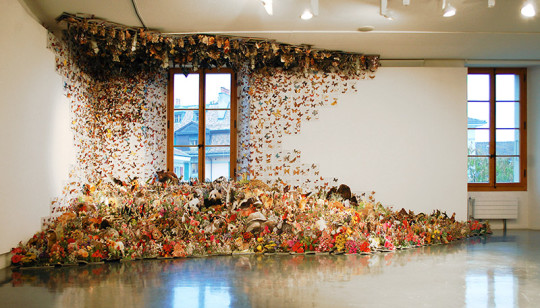 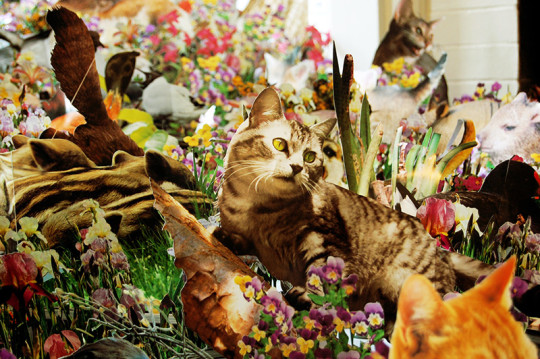 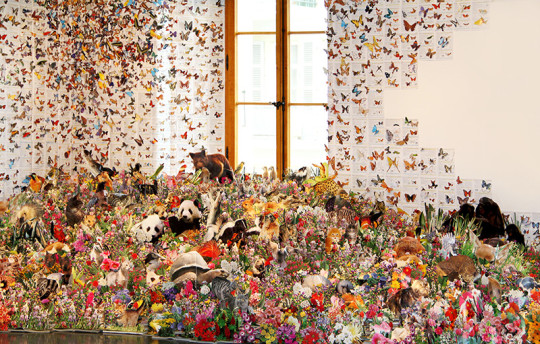 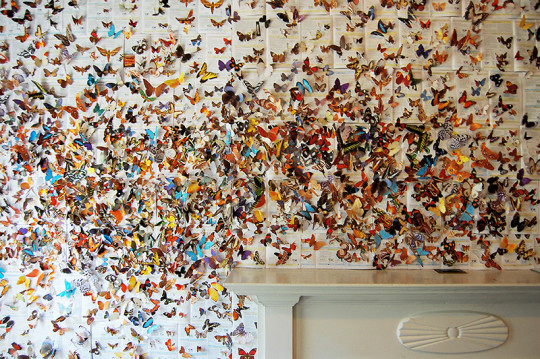