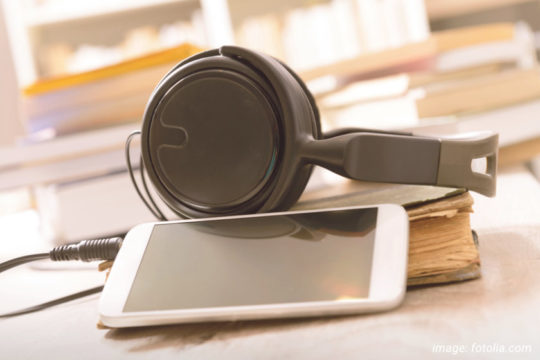 Audiobooks from Google Play Store can be played without subscription on Android and iOS devices, as well as online by users from 45 countries.

Audiobooks are on the rise, enjoying double-digit growth in the US and other markets.

Therefore, it may come as a surprise, that so far they were not offered in Google Play Store. Until now.

Google has just announced that audiobooks are rolling out in 45 countries, and are available in 9 languages (English, German, Spanish, French, Italian, Polish, Russian, Korean, and Japanese).

The launch of Google Play Store audiobooks is accompanied by a special promotion. Users in some markets may see the banner offering the 50% price reduction on the first audiobook they buy.

The most significant benefit of the new service is accessibility. No special app is required to listen to audiobooks bought in the Google Play Store. You can play them on a large variety of devices: Android, iOS, Google Home smart speakers, and even in a web browser on your old computer.

Google Play Books apps for Android and iOS have just been updated to include audiobook playback support. Apps for both platforms can now handle ebooks, textbooks, comic books, and audiobooks – even if you are offline.

What’s more, Google claims that the audiobook playback is synced between the devices linked to your Google account. It means that if you start playing an audiobook on the Google Home speaker, you can pick it up on your iPhone later and it will start playing at the same location where you left off.

The second big thing about Google audiobooks is they are offered without the subscription. Opposite to Audible, which aggressively prompts users to register for a monthly subscription, Google – at least for now – offers audiobooks in a traditional sales model.

Another thing worth checking out (and you can do it right now if you read this post on your computer) is the ability to listen to an audiobook online, without installing any special application. Your web browser is everything you need.

You can test how Google handles audiobooks by adding a free audiobook to your Google account and playing it online or in the Google Play Books app on your smartphone.

The free audiobook to test is Mindfulness by Mark Williams and Danny Penman. Make sure to play it on more than one device. You’ll see how unified and seamless the experience is.

A great feature of Google audiobooks ecosystem is the ability to choose the reading speed – from 0.75 to 2x. You can also quickly rewind the track 30 seconds backward and forward. For the time being, nothing like Amazon’s Whispersync for Voice is being offered. Whispersync for Voice is a killer feature that enables the user to seamlessly switch between reading an ebook and listening to an audiobook.

Google Play Store offers a large variety of digital content. You can download apps, movies, books, games, magazines, and newspapers. Currently, in the Books section, there are over 5 millions ebooks, comic books, textbooks – and now audiobooks.