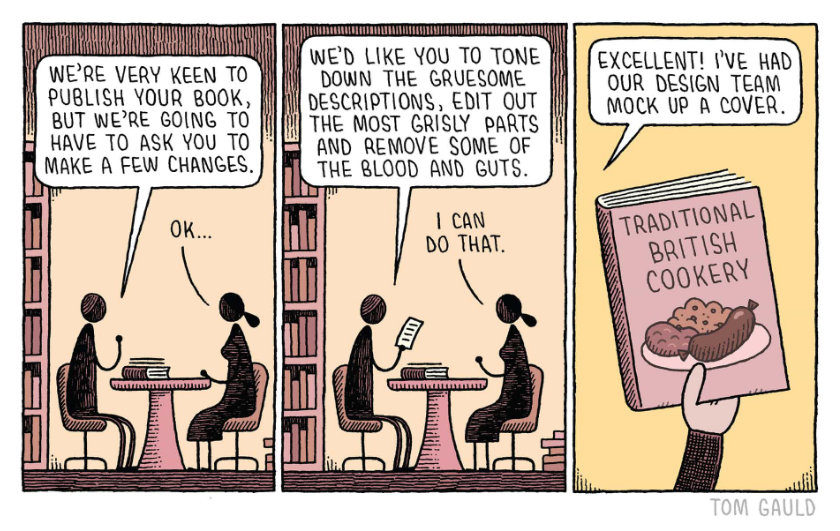 Are you an author? How do you handle changes the editor tells you to make if you want your new book to be published at all?

Gauld’s weekly strips in The Guardian, Britain’s most well-regarded newspaper, stitch together the worlds of literary criticism and pop culture to create brilliantly executed, concise comics.

Necessary editorial changes in the book (cartoon) https://ebookfriendly.com/necessary-editorial-changes-book-cartoon-tom-gauld/ via @ebookfriendly