Amazon reveals a list of this year’s nine Kindle books in translation that are free to download until April 23, 2020.

Every year, to celebrate World Book Day, Amazon runs a dedicated event called Read the World. Most interesting books from around the world, that have been translated to English by Amazon Crossing, are available for free in a Kindle format.

The books are available as free downloads between Amazon’s official announcement and World Book Day, which takes place on April 23.

Amazon makes an announcement usually a week before, which is around or on April 16. However, exploring Amazon website, we have already discovered a page that looks like a list of World Book Day 2020 free Kindle books!

All books on the list are written by award-winning and popular international authors. The titles have been translated to English by Amazon Crossing, an Amazon imprint focused on bringing readers from around the world together through literature in translation. So far, the company has published 477 titles, compared to around 400 a year ago.

All the books are already free to download, although no official information about Read the World 2020 has been released by Amazon so far.

On the list, you will find The Man Who Played with Fire from a Swedish author Jan Stocklassa. It’s the account of one of the greatest mysteries in Swedish history – an unsolved assassination of the country’s prime minister that points to a potential international conspiracy.

Hard Rain is an electrifying page-turner by Irma Venter, a thriller writer from South Africa. The book is a first part of a Rogue mystery series, and follows journalist Alex Derksen in his new assignment in Tanzania. When an IT billionaire washes up onshore after seasonal flooding, he finds himself at the center of an investigation.

If you are looking for ways to read thousands of free Kindle books, not just nine, consider getting Kindle Unlimited via the deal which gives two months of free trial. 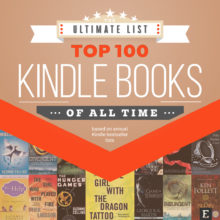 The Man Who Played with Fire by Jan Stocklassa, translated by Tara F. Chace. In the book, Stocklassa collects the pieces of Larsson’s true-crime puzzle to follow the trail of intrigue, espionage, and conspiracy begun by one of the world’s most famous thriller writers. Together they set out to solve a mystery that no one else could.

The First Mrs. Rothschild by Sara Aharoni, translated by Yardenne Greenspan. In this award-winning historical saga, passionate young lovers in a Jewish ghetto rise to become the foremost financial dynasty in the world. The book paints a rich and intimate tapestry of family drama, world-changing history, and one woman’s steadfast strength.

Your Perfect Year by Charlotte Lucas, translated by Alison Layland. The novel follows publishing heir Jonathan Grief who is trying to find the owner of a leather-bound day planner that’s full of suggestions, tasks, and affirmative actions of someone called “H.” The more Jonathan devotes himself to locating the elusive H., the deeper he is drawn into someone else’s rich and generous narrative.

Out of the Silence by Eduardo Strauch, translated by Jennie Erikson. In this revelatory and rewarding memoir, the author investigates the 1972 Andes plane crash and the Uruguayan rugby teammates who suffered seventy-two days among the dead and dying. Strauch shares the lessons how surviving on the mountain altered his perception of love, friendship, death, fear, loss, and hope.

The Price of Paradise by Susana López Rubio, translated by Achy Obejas. In a reckless love affair that spans half a century, Patricio’s and Gloria’s lives entwine time and again, challenged by every twist of fate—for in a world of murder, betrayal, and revolution, those who dare to reach for paradise seldom survive unscathed.

Life by Lu Yao, translated by Chloe Estep. In this first-ever translation of Lu Yao’s Life, we meet Gao Jialin, an ambitious young man from a small country village whose life is upended when corrupt local politics cost him his beloved job as a schoolteacher. Against the vivid, gritty backdrop of 1980s China, Lu Yao traces the proud and passionate Gao Jialin’s difficult path to professional, romantic, and personal fulfillment.

The Girl in the Tree by Şebnem İşigüzel, translated by Mark David Wyers. Narrated by one of the most unforgettable characters in contemporary fiction, this unsparing and poetic novel of political madness, precarious dreams, and the will to survive brilliantly captures a girl’s road to defiance in a world turned upside down.

Hard Rain by Irma Venter, translated by Elsa Silke. Journalist Alex Derksen’s new assignment in Tanzania should be easy, but he soon finds himself on the wrong side of the news. It starts when he meets Ranna, a beautiful photographer with something to hide. Alex stopped believing in love a long time ago, yet here in the middle of East Africa, it’s found him again.

Along the Tapajós by Fernando Vilela, translated by Daniel Hahn. This award-winning picture book, first published in Brazil, offers kids a unique look into the lives of children who live along Brazil’s beautiful Tapajós River.

Based on customer reviews and recommendations from top tech sites.

Offered by LuvCase, these gorgeous cases combine marble with golden inserts the way nature would do it. Eight variants to choose from. Available for the basic Kindle and Kindle Paperwhite. 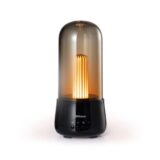 The lamp offers a steampunk look and adjustable brightness. The flame mode gives soft warm light that resembles flickering of a candle. The wireless Bluetooth speaker can play audiobooks for up to 8 hours. 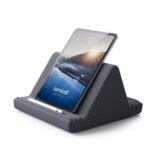 From Lamicall comes a new kind of pillow stands – the one that lets you adjust the viewing angle. The stand is two-sided, with three angles on each side. The stand is made of durable materials and is available in four calming colors.