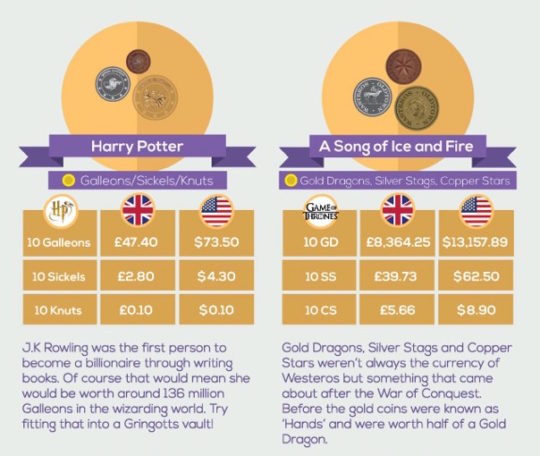 The team at Mobile Money has looked at famous fictitious currencies in books, films, tv series, and games.

You’ll find here interesting facts about the particular currencies. Plus, the currencies are converted to US dollars and GB pounds.

We did this by taking prices of items in the fictional world and comparing it with the real world equivalent price, which then allowed us to come up with the exchange rate.

Literature is represented by the currencies from Harry Potter, The Song of Ice and Fire, and Discworld, among others.

Via He Geek She Geek.