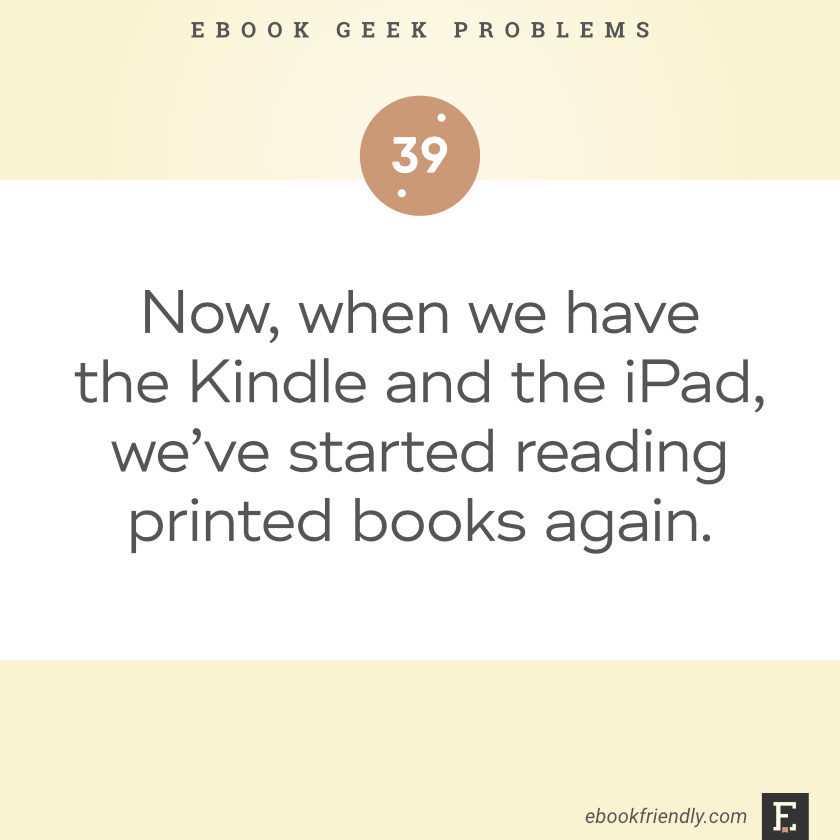 Now, when we have the Kindle and the iPad, we’ve started reading printed books again.