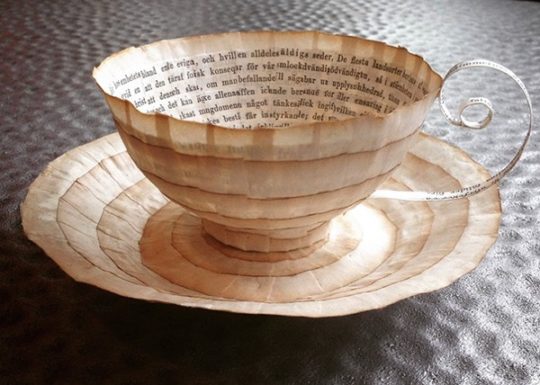 Formerly a graphic designer and bookbinder, Cecilia Levy, is now an independent artist who experiments with three-dimensional paper objects.

Levy has found a wonderful way to repurpose old and damaged books. The artist transforms them into beautiful 3D objects, such as cups and bowls.

I use books from the beginning of the last century. Take them apart, shred or cut the pages into small pieces, and paste them together again. The pages are reassembled into new objects. Eggshell thin, yet remarkably steady. The story lives on, but in a different shape. 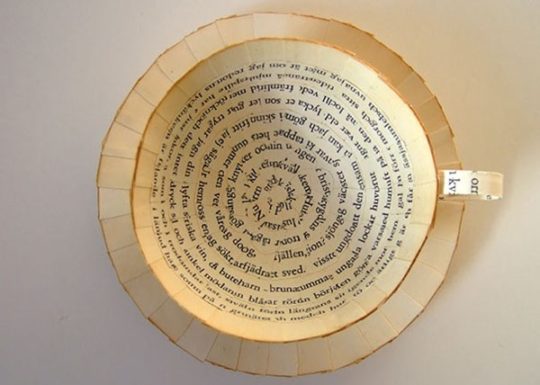 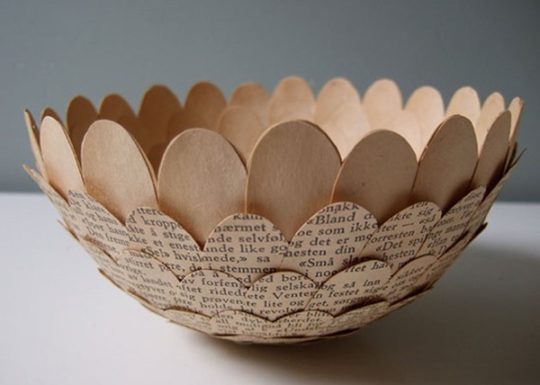 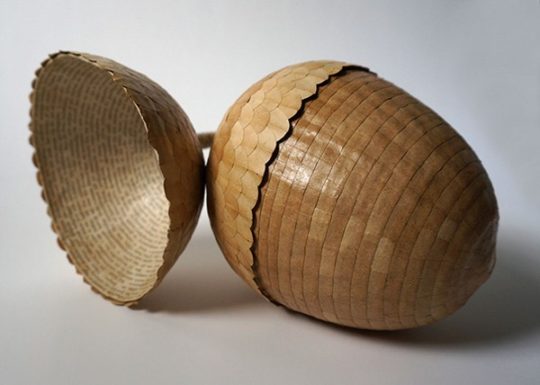 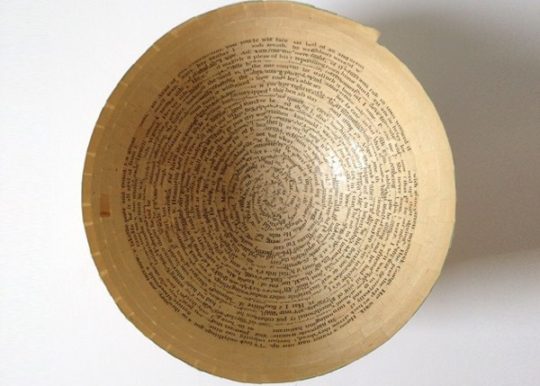