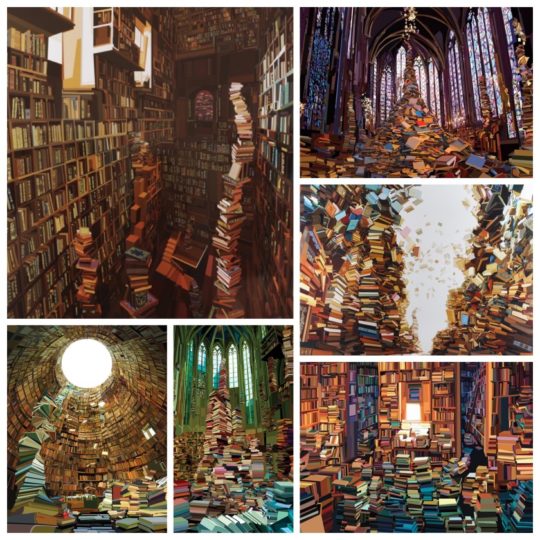 No view is more beautiful than the space full of books. Turin-based cartoonist and illustrator Pierpaolo Rovero will let you enjoy this view to the fullest. Just have a look at the series of his masterful paintings.

Rovero prepares the paintings in a unique way. First, he creates the digital artwork. Then he prints it using a special technique – the file is being damaged to achieve the desired effect. Finally, he retouches the work with a stylus.

Below, you’ll see a selection of paintings that put books in the center – actually everywhere.

To fully admire the visuals, you should visit the artist’s portfolio and use the zoom-in option to take a closer look at the details. On Pierpaolo Rovero’s Facebook profile you’ll also see examples of preparatory works. 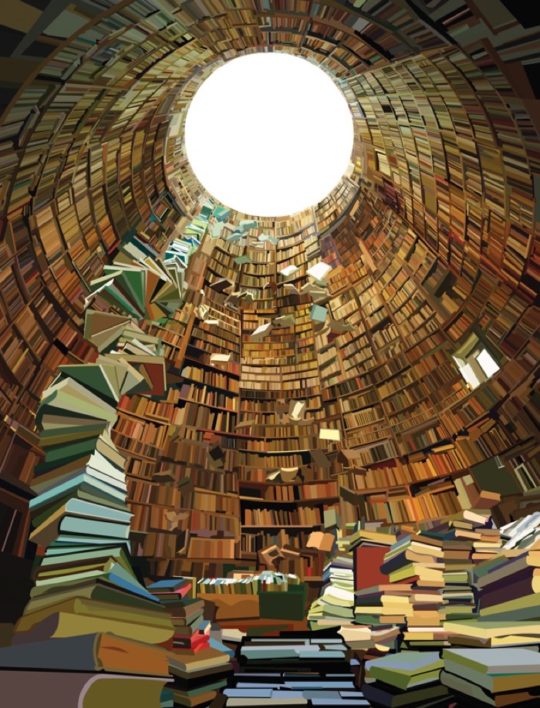 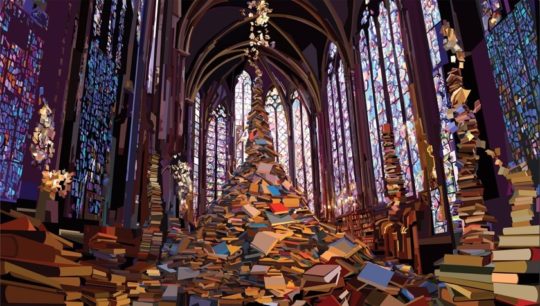 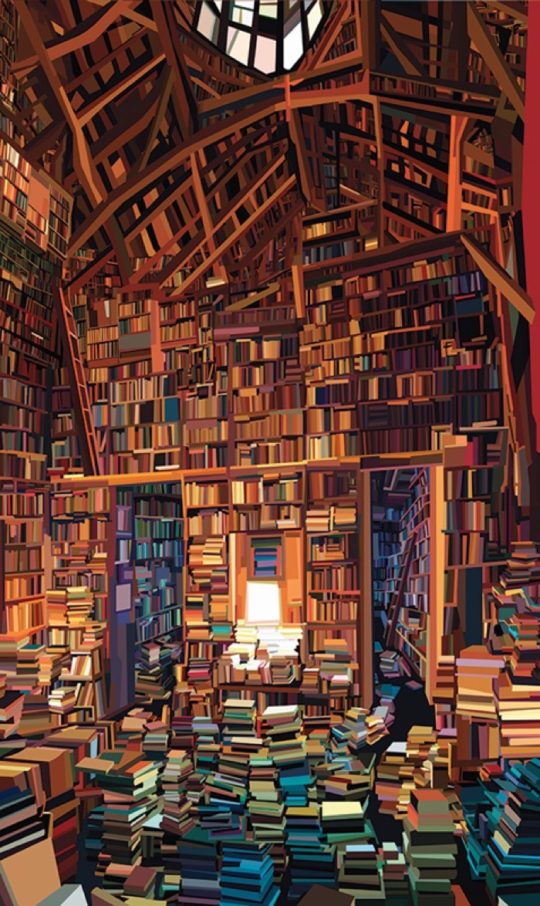 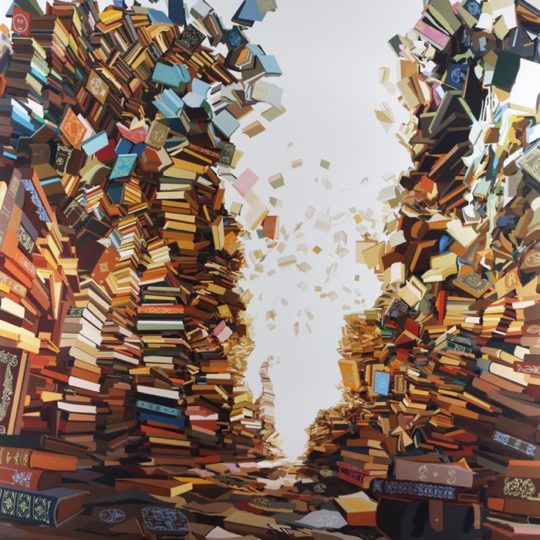 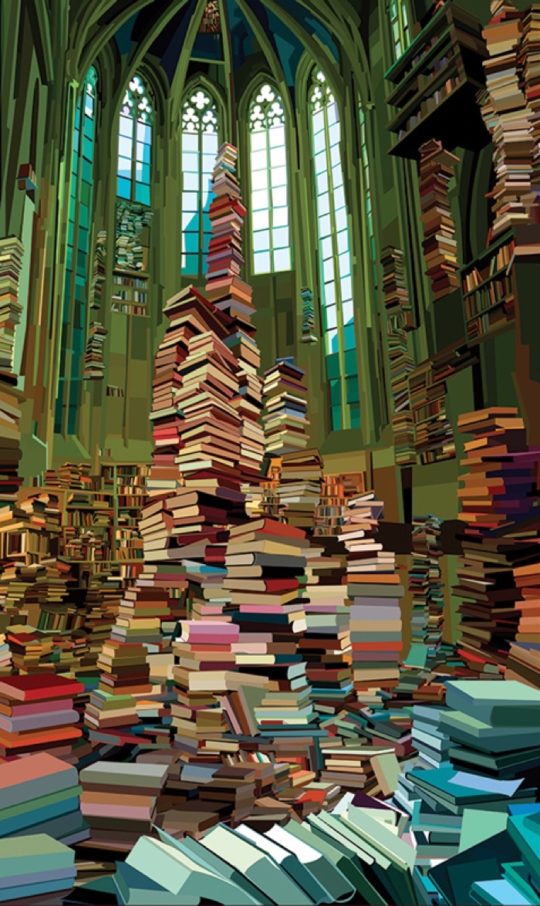 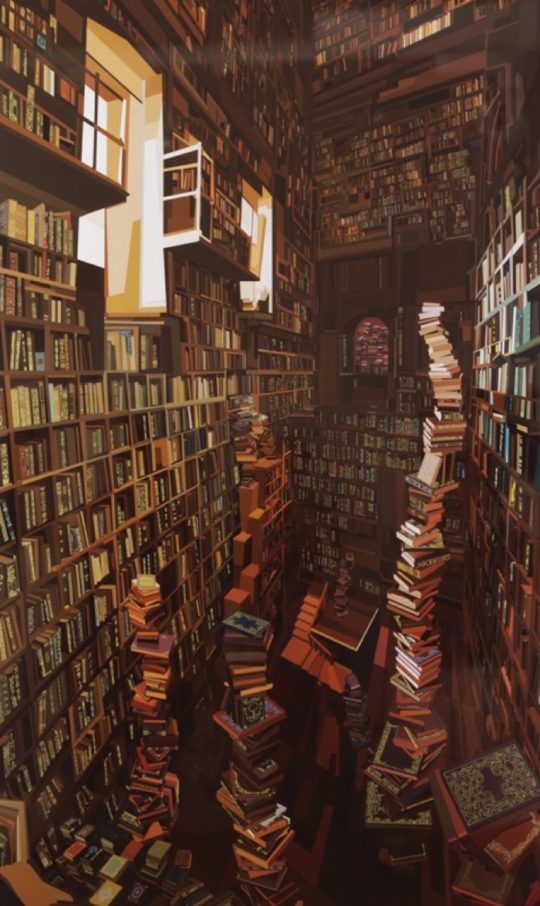