This surprising announcement inspired the team from Comic Alliance to design an infographic showing potential comic book movies to come in the next 6 years, together with their release dates.

Click or tap on the image below to enlarge it. 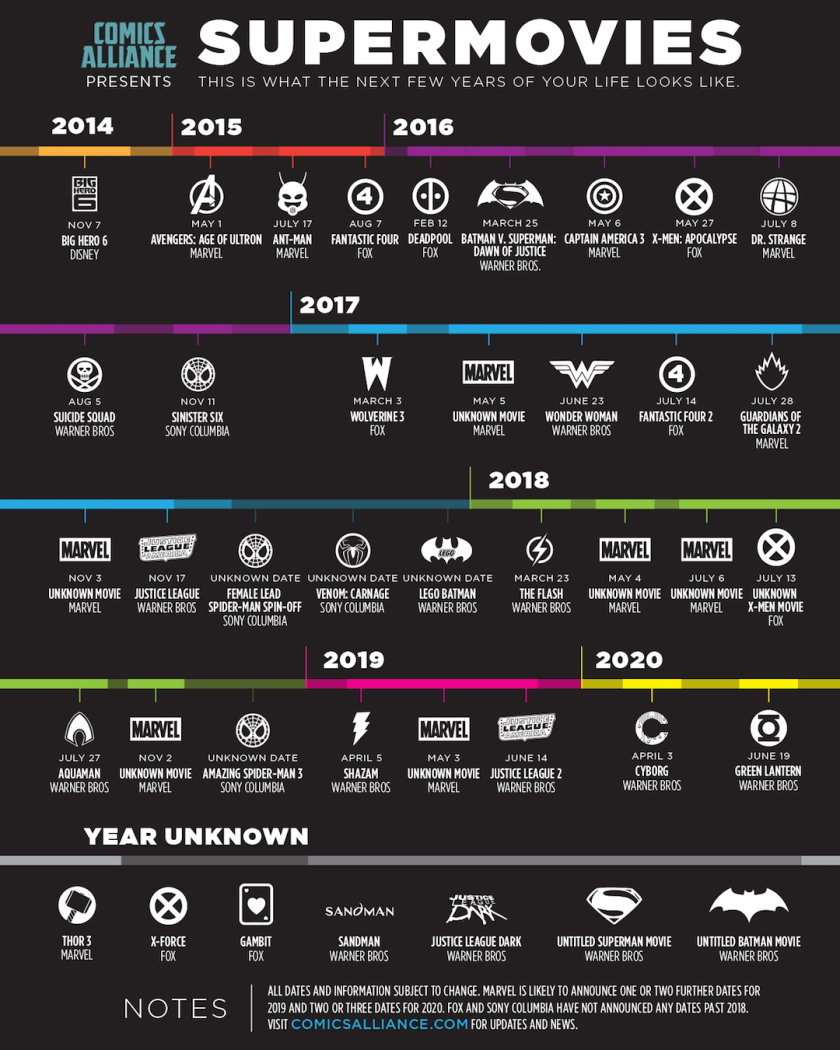