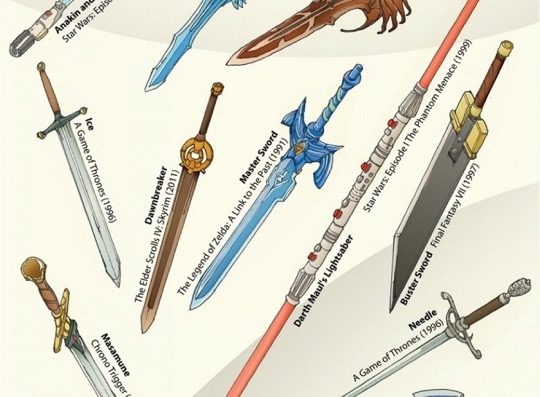 We associate our favorite fictional characters with their look, behavior, relationships, or places.

Target Sports has released an infographic that puts together weapons used by famous characters in novels, comic books, and movies.

Among the sixty weapons, you’ll find in the visual the Elder Wand from Harry Potter and Sting from The Hobbit.

The ultimate list of iconic weapons from books, comics, and movies (infographic) https://ebookfriendly.com/iconic-weapons-fiction-infographic/ via @ebookfriendly