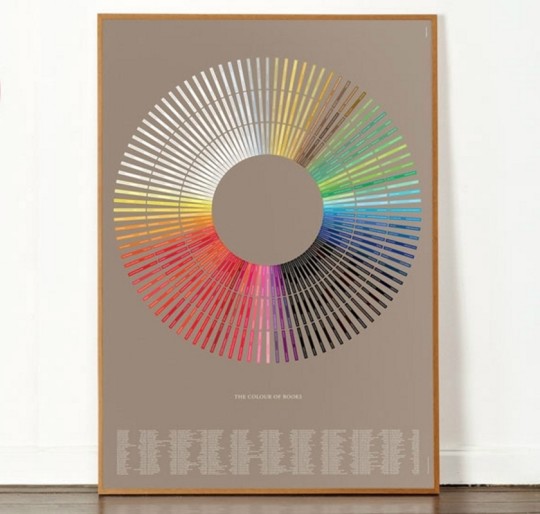 The Color Wheel of Books is a latest poster from a Manchester-based design studio Dorothy, specializing in beautiful data visualizations.

The design explores the spectrum of colors mentioned in the titles of 300 books. A color-coded pinwheel is placed against a gold background.

The visual includes such books as A Clockwork Orange by Anthony Burgess, Alice Walker’s The Color Purple, or Blood Meridian by Cormac McCarthy.

You can buy The Color Wheel of Books as a poster. It measures 100 by 70 cm, and the artwork is printed on a 140 gsm uncoated paper. The price is £30, and Dorothy offers international shipment.

The Color Wheel of Books 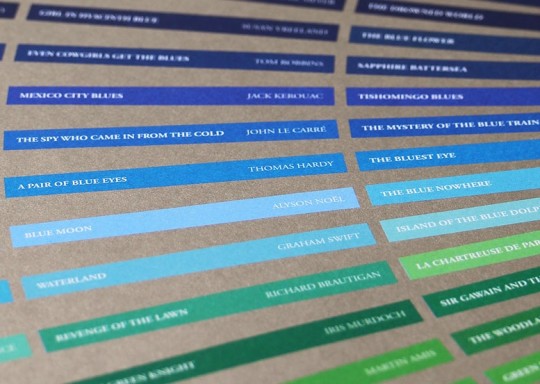 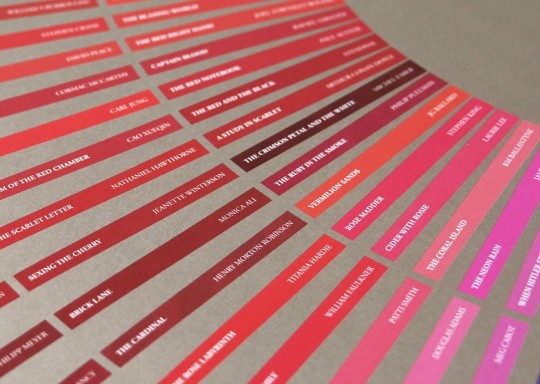