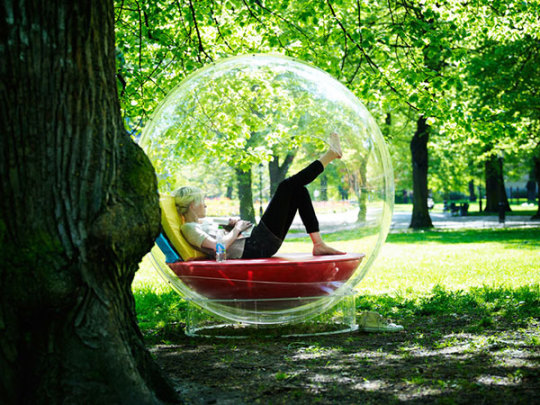 Micasa Lab, together with The Nordic Invention have designed an incredible piece of furniture. It’s called Cocoon, and it’s a self-contained living space – not only for indoor, but also for outdoor use.

Cocoon is modular. You can put configurable cushions in and out, and design its interior to your own needs.

The bubble has only one small hole that connects it with the outer space. No matter where you put the Cocoon, it’ll be a perfect reading retreat. 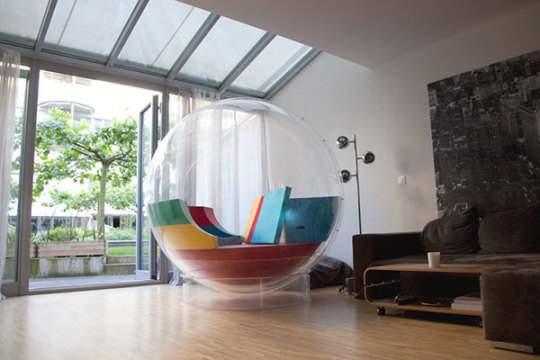 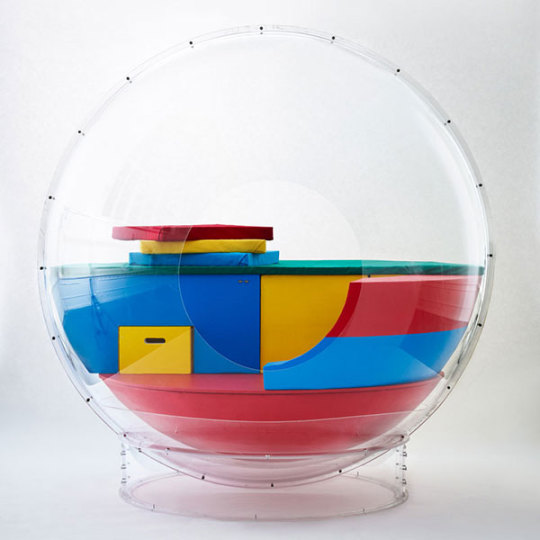 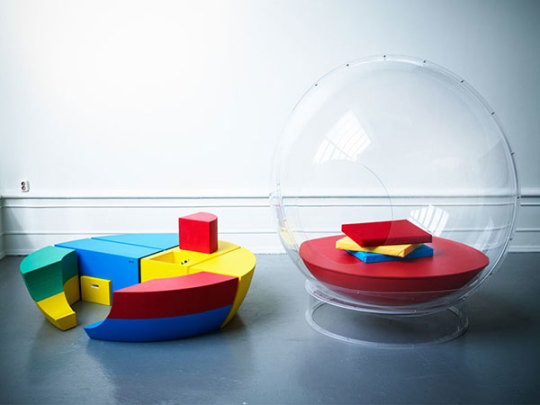