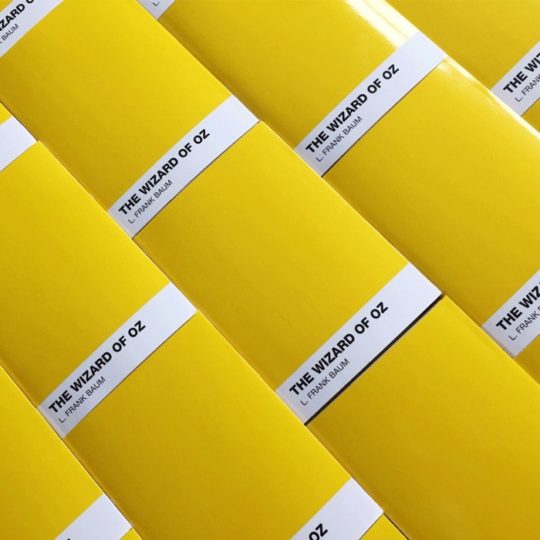 Now, classic novels such as Anne of Green Gables, The Wizard of Oz, or Treasure Island can become the shining stars of every modern, color-based bookshelf.

Penguin Random House has partnered with Pantone to create new minimalist editions of popular middle-grade novels and celebrate the colorful world of words.

The new series is called Puffin + Pantone. Each book in this designer-inspired project comes in a well-recognized Pantone color reference design. And the color of each cover refers to the book’s content.

E. Ce Miller from Bustle has got the new books already. She shares which exact Pantone colors are used for specific books (which, quite surprisingly, is not shown anywhere on the book covers).

So, we’ve got Pantone 1585 matching Treasure Island. The book’s description explains why this color and not the other: “Sail into the tropical orange sunset aboard the infamous Hispaniola.” The Pantone Rhodamine Red C of The Secret Garden highlights “an enchanting world of lush pink blooms in the mysterious secret garden.”

There are ten literary classics in the Puffin + Pantone series. The six original titles are Anne of Green Gables, Heidi, The Adventures of Tom Sawyer, The Wizard of Oz, The Secret Garden, and Treasure Island. They will be released on June 6, 2017, and are already available for pre-order.

Four other titles will join in October. A Christmas Carol will come in gold. The color of Alice’s Adventures in Wonderland and Through the Looking Glass will reflect, well, the looking glass.

Pantone colors for Black Beauty and The Adventures of Huckleberry Finn have not been revealed yet. While it’s obvious which color will represent the first book (but which Pantone code, exactly?), the question is the color match for Mark Twain’s classic story. Any suggestions?

And, yes, it doesn’t make sense to buy one or two books from a series. You buy them all or buy nothing. 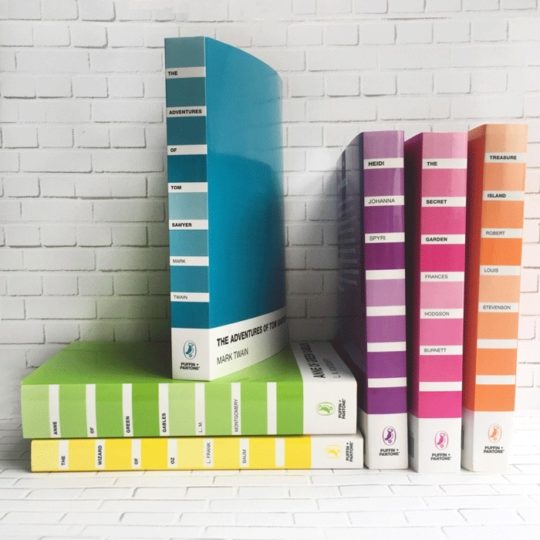 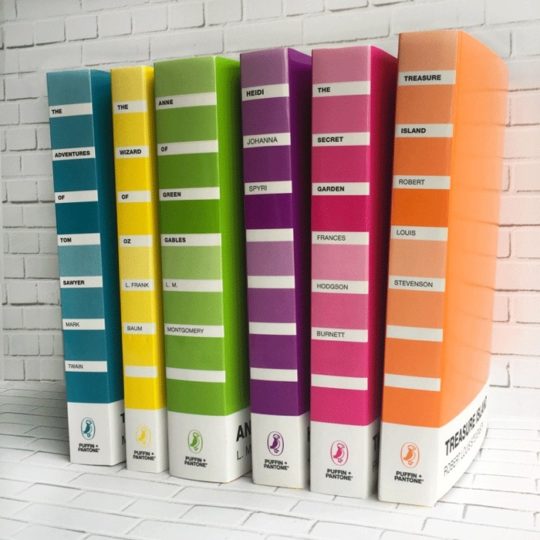