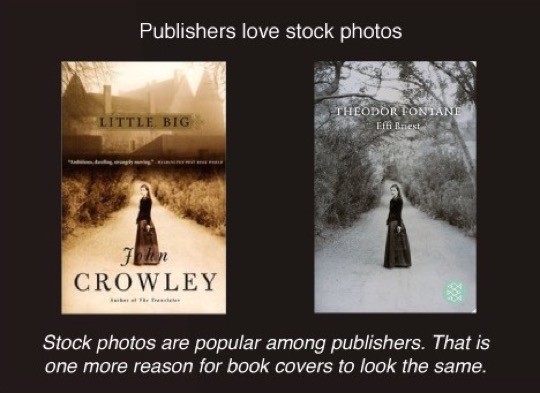 Have you ever had a feeling you’ve seen a certain book cover art already, but it was definitely in a different book?

With hundreds of thousands of books published every year, it’s hard to avoid clichés and plagiarism.

Fresh Essays, an online custom essay writing service, has developed an infographic that shows side by side book covers that are strikingly similar.

Lazy designers, cliché mindset, or simply plagiarism – whatever the reason, some book covers are just similar. We looked for the widespread book cover cliches and highlighted the most popular ones.

What also very interesting, the team from Fresh Essays accompanies each pair with a possible reason of a cliché.

Click or tap the image below to see it enlarged.