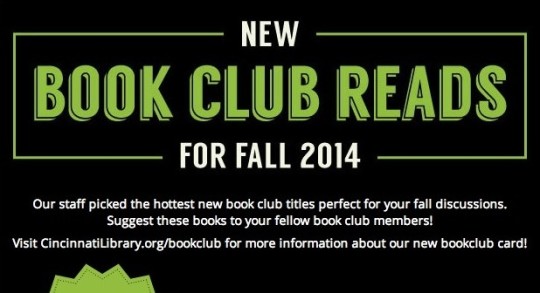 What do you want to read and talk about this fall?

The team from the Public Library of Cincinnati and Hamilton County prepared a concise chart that would be a helpful guide in picking up the next book club read.

Check out the library’s book club page. Every book cover on the chart links to a book description page. You can also find here a list of libraries where you can borrow the book.