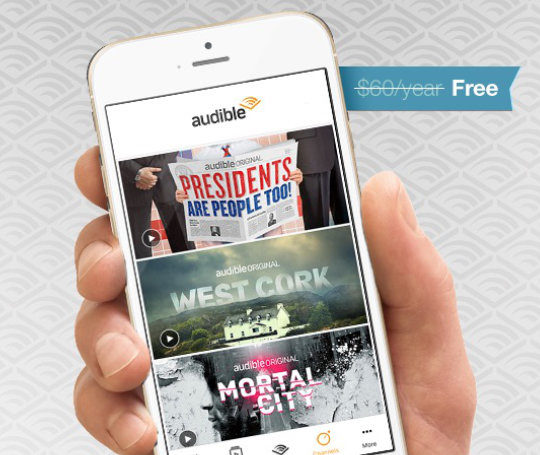 Amazon has just added one more service to the already large portfolio of benefits available for Prime members.

Audible Channels was introduced earlier this year. It’s a carefully curated selection of original programs, lectures, and audio editions of standout articles and news from top sources, such as:

Without Prime membership, you will have to pay $4.95 a month for Audible Channels subscription. It makes $59.40 per year. Compare it to $99 per year for Prime – and Prime includes tons of services.

We’ve got a detailed overview of Amazon Prime. Enough to say, members have a free shipping of over 20 million items, free access to over 1.5 million songs, 1 million books from Kindle Owner’s Lending Library, and thousands of Prime videos.

The lineup of ad-free programming from Audible Channels includes, among others: