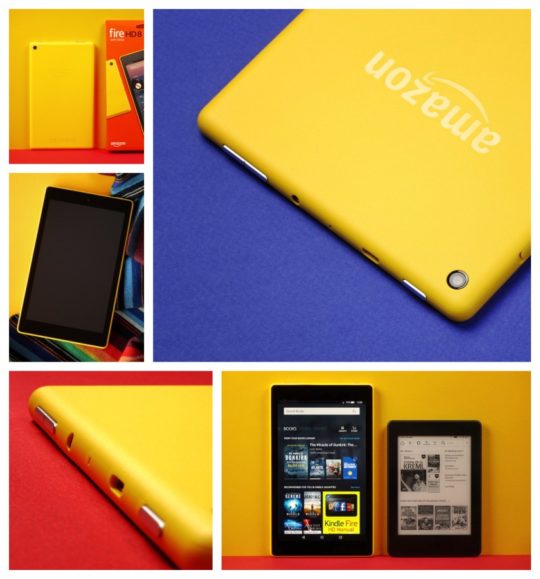 The 8-inch Amazon Fire tablet is a solid device that’s a bit too heavy and too connected to Amazon ecosystem.

When you order an HD tablet that costs only $80, your biggest concern is whether you’ll take out of the box something that looks and feels cheap.

Amazon Fire HD 8, released in June 2017, is a solid tablet. In almost no time you’ll realize why its price was pulled to such a low level. Because it’s designed to be Amazon’s shopping assistant, so you will spend much more money using it.

The last time you may think you bought a low-quality device is when you look at the box. You just can’t believe there is a tablet inside. The box would be a perfect type of packaging for a tablet accessory rather than a tablet.

The box is clearly not designed to give users “the moment of unboxing.” A foam, two card-size leaflets, a charger, and a USB cable. That’s it.

When you finally take the Fire in your hands, you already know you’ve made a good decision. It doesn’t feel cheap. Just the opposite. This feeling is amplified by the weight. A cheap device can’t be so heavy. Its weight is 369 g. Compare it to 283 g of Samsung Galaxy Tab A 7, or 299 g of iPad Mini 4.

I had three concerns when ordering Amazon Fire HD 8. That it would be too heavy, too thick, and too cheap-looking. Only the first one proved to be true.

When it comes to the depth (the Fire has 9.7 mm vs. 6.1 mm in iPad Mini 4), it’s not something you could worry about. The look of a thick device is minimized by round edges. They make it less obvious to realize Fire HD 8 is thicker than most currently sold competitors.

The tablet passes the material quality test even better. I’ve read many reviews where users were complaining about its plastic shell. Surely, I wouldn’t mind getting an all-glass tablet, or at least the one with the aluminum back. But it definitely wouldn’t be available for the price comparable to Apple’s original leather cover for iPad Pro.

The plastic gives the similar or better feel than the one used in the Kindle. What’s more, unlike Paperwhite, your fingerprints don’t stay on it.

I still own the 2013 Google Nexus 7 tablet, which I bought for a price three times higher ($229 for the entry-level version). It also has a plastic back. The plastic layer is very thin. When you tap it, you hear a high sound of something that’s easy to break. You don’t have this kind of plastic on the back of the 2017 Fire HD tablet.

One more thing (and I’ll talk about it in the next post, so stay tuned!) You’ll have to be really careful not to buy something by accident!

I wanted to make a typical unboxing session, but most of the pictures looked ugly (just like 99% of unboxing pictures for 99% of products). So, below you’ll see only the most beautiful ones. 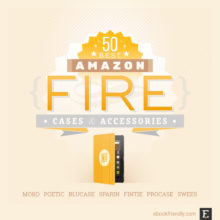 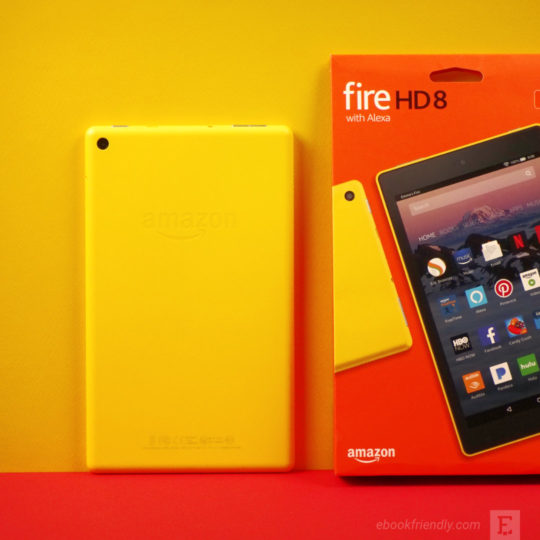 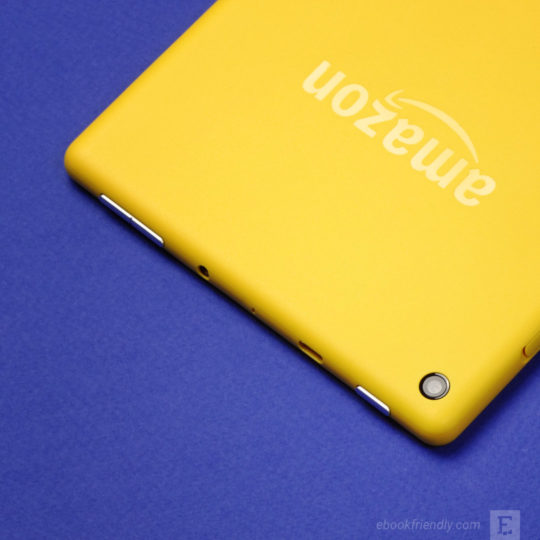 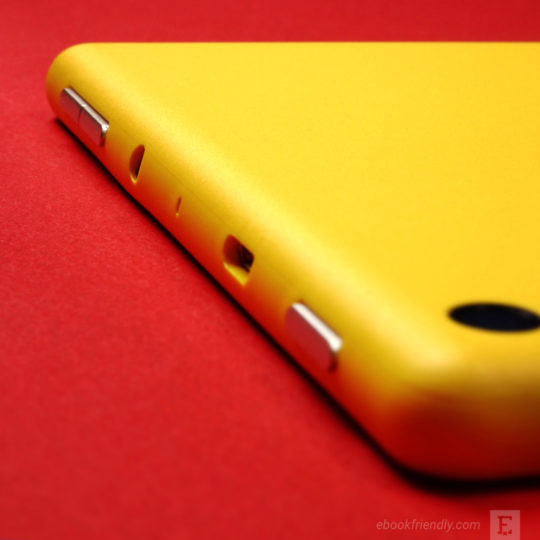 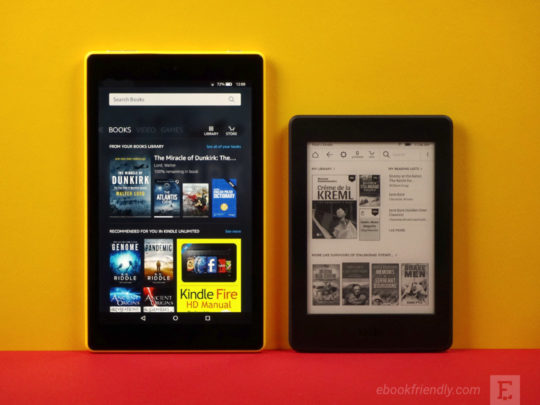 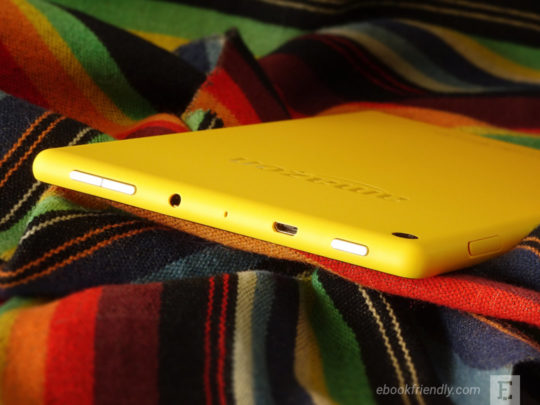 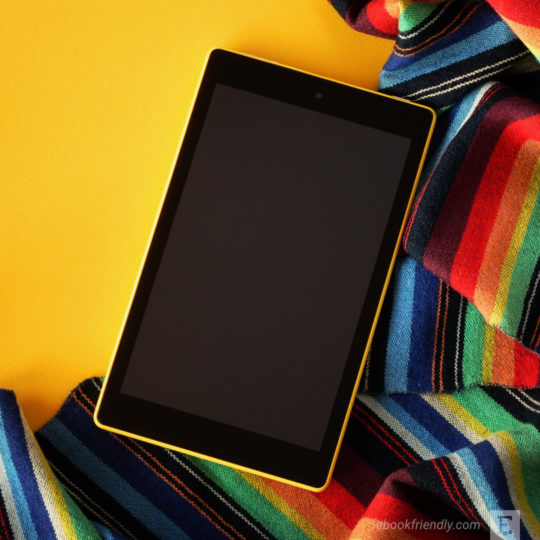