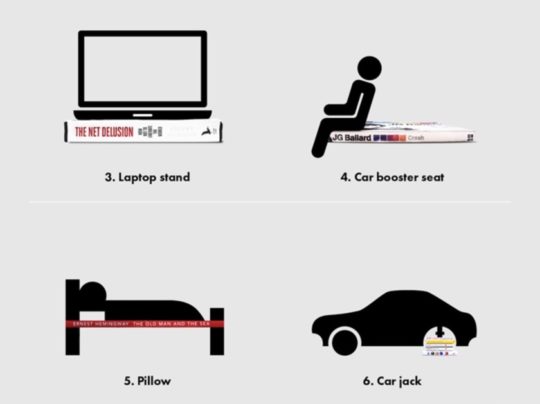 A team from Lovereading.co.uk has prepared a fun infographic, which gives some creative, unexpected, and sometimes crazy ideas for what you can do with an old or damaged book.

The ideas include weapon, emergency fan, and Kindle screen protector.

Once you go through all of them you will realize that maybe, just maybe, the best idea to recycle an old book is to read it again.

There’s few things as enjoyable as a good book, and there is nothing more satisfying than building a collection of books we love. But what happens when it’s time to part with a book?

The original infographic can be found on Lovereading blog: 25 alternative ways to recycle a book.