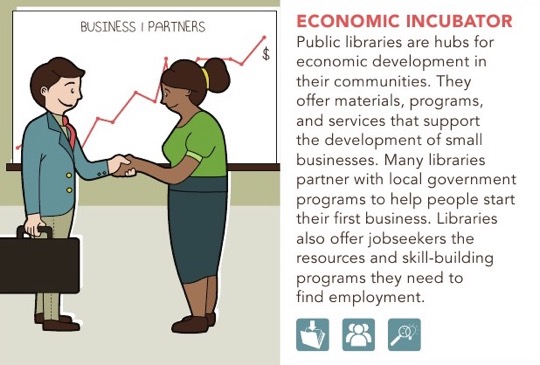 21st century creates for libraries more possibilities than ever before.

Librarians from California State Library have developed a smart infographic that in a form of a cartoon analyzes all the possible roles a public library can take in the coming years and decades.

Click or tap on the image to see it in full resolution. It’s worth it! 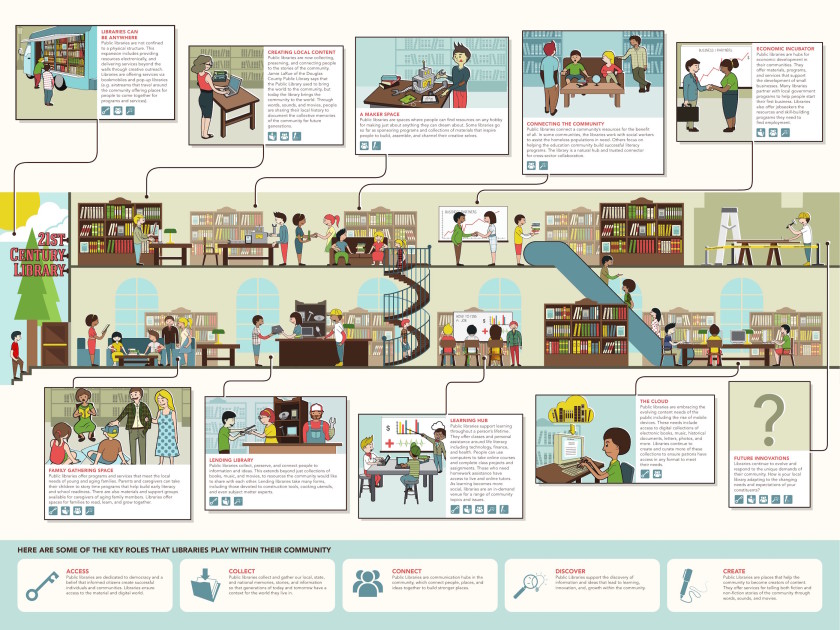 The many roles of the 21st century library (infographic) https://ebookfriendly.com/21st-century-library-infographic/ via @ebookfriendly