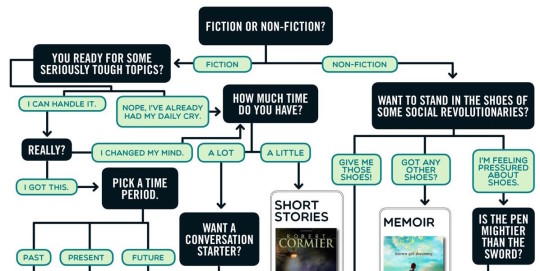 YA is on the constant rise, and you shouldn’t really stop exploring the genre on reading the Divergent series.

Sara Kay Mooney and Marybeth Campeau have prepared an infographic that showcases 56 great YA reads, that are meant to captivate audiences well over the age of 18.

The infographic is in fact a flow chart that will guide you through the books and help pick up the next read.

Click or tap on the infographic to open it in full resolution.