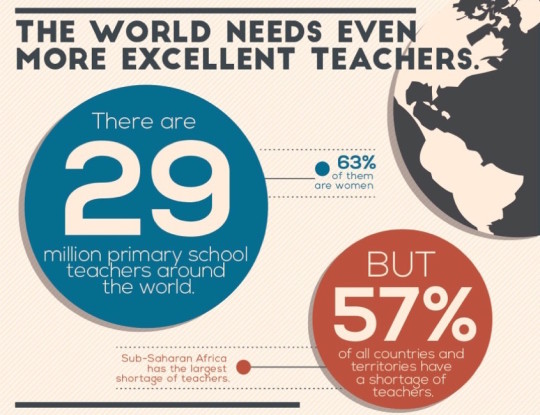 Teachers inspire and motivate us. They are our role models and heroes.

There are twenty-nine million primary school teachers around the world. And every single one can change lives – both inside and outside the classroom.

Grammarly, the world’s leading spell-checking platform, has released an infographic that highlights the importance of teachers to the world.

We would like to honor all of the wonderful, tireless educators around the globe and recognize their importance in the lives of children everywhere.

Why the world needs even more excellent teachers (infographic) https://ebookfriendly.com/teachers-matter-infographic/ via @ebookfriendly