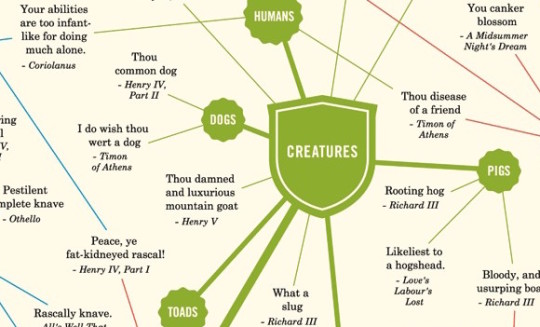 A Grand Treasury of Shakespearean Insults is a stylish visual created by designers from Charley Chartwell. It collects over 100 insults from the works of William Shakespeare.

The phrases are categorized by topic, just in case you need to quickly find a retort like “I was seeking for a fool when I found you.”

The chart is available as a poster. It measures 18 x 24 inches (46cm x 61cm) and is printed on a heavy 100lb archival paper. Each print is being signed by the artist before sending to the customer. 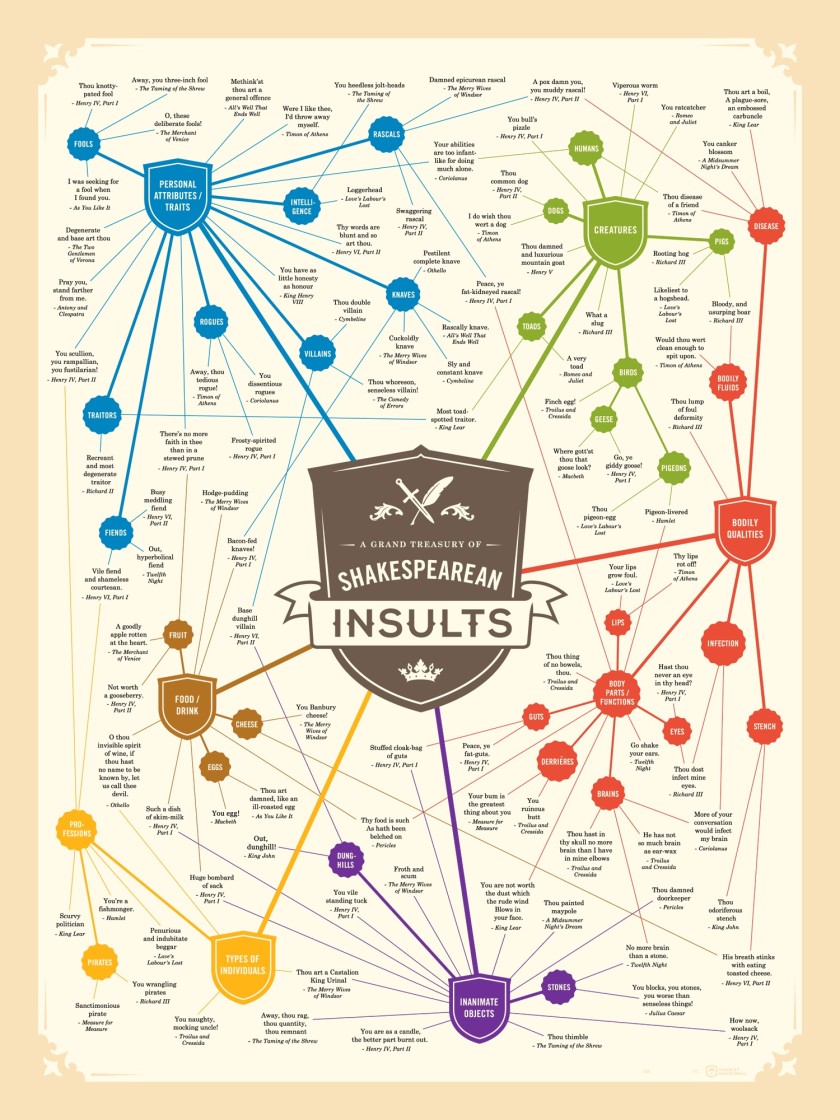