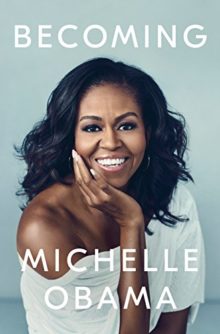 Michelle Obama has emerged as one of the most iconic and compelling women of our era. As First Lady of the United States of America – the first African American to serve in that role – she helped create the most welcoming and inclusive White House in history.

In her memoir, a work of deep reflection and mesmerizing storytelling, Michelle Obama invites readers into her world, chronicling the experiences that have shaped her – from her childhood on the South Side of Chicago to her years as an executive balancing the demands of motherhood and work, to her time spent at the world’s most famous address.