The New Yorker has just announced the 2019 National Book Awards longlist for translated literature. Read on to find out who will be competing for the prestigious title.

Originally, it used to be a bit different: it did not require the translated author to be living and was for fiction only. From 1967 to 1983, it celebrated legends such as Kierkegaard, Baudelaire, and Casanova, among many.

Ever since its revival in 2018, it stands amongst the most prestigious literary awards in world literature and is open to living authors of fiction and non-fiction alike.

The jury comprises of Keith Gessen, founding editor of n+1 and author of A Terrible Country; renowned translator and executive director of the American Literary Translators Association Elisabeth Jaquette; Katie Kitamura, whose novel A Separation has been translated into sixteen languages; Princeton professor Idra Novey; and independent bookseller Shuchi Saraswat, who has worked in Houghton Mifflin Harcourt.

From the ten contenders, the jury will select five finalists on October 8. The winner of this year’s National Book Awards for translated literature will be announced on November 20.

Looking for some more world literature book recommendations? Make sure to check out our 2019 top ten picks.

Drive Your Plow Over the Bones of the Dead

Last year, with brilliantly fragmentary form and genre-defying style of Flights; this year, with brilliant murder mystery Drive Your Plow Over the Bones of the Dead: Olga Tokarczuk is once again longlisted in the National Book Award for Translated Literature. Oh, and she was also shortlisted for this year’s Man Booker Prize.

Her newest book, Drive Your Plow Over the Bones of the Dead, is a feminist noir mystery about a scheming animal-rights crusader who conspires against her neighbors.

Following the death of longtime First Secretary Enver Hoxha and the loss of his father, Bujar decides to leave Communist Albania behind as he sets off to Italy with his fearless best friend Agim in search of a new beginning. As the two teenagers explore their sexualities and identities, they begin to realize that new opportunities may bring the same old struggles as well.

Pajtim Statovci’s style is “longing and rage compressed in a single sentence”, Garth Greenwell writes – and we could not agree more.

When Death Takes Something From You Give It Back: Carl’s Book

When Death Takes Something From You Give It Back: Carl’s Book chronicles the first few years after a devastating phone call that Aidt’s twenty-five-year-old son, Carl, has passed away in a tragic car crash.

Quietly heartbreaking, the memoir is at once a sober account of coping with a child’s death and a reflection of what it means to love and lose.

A collection of journalistic essays shines a spotlight on the lives of Brazil’s most marginalized citizens, including the indigenous, poor, and homeless.

These vibrant missives range across current issues such as the human cost of exploiting natural resources, the Belo Monté Dam’s eradication of a way of life for those on the banks of the Xingu River, and the contrast between urban centers and remote villages.

On an unnamed island off an unnamed coast, things are disappearing. First, the losses are small: animals, flowers, ribbons, bells, and photographs.

Later, the losses become consequential: body parts. But no one seems to notice. And those who do live in the fear of the mysterious “memory police”, who ensure that the vanished remain forgotten.

Twenty years have passed after a terrible conflict forced Bergljot to cut herself off from her family. Now, she returns home to help sort out her parents’ will.

But the testament is a reminder of the horrible past and a dark secret that has remained in the family for years.

Bolbol, Hussein, and Fatima travel across Syria to return their late father’s body to his home village for burial in the midst of the Syrian Civil War.

With the landscape of their childhood now a labyrinth of competing armies whose actions are at once arbitrary and lethal, the siblings’ decision to set aside their differences and honor their father’s request quickly balloons from a minor commitment into an epic and life-threatening quest.

This lovingly affectionate, funny, and at times heartbreaking memoir is a tribute to Mukasonga’s mother Stefania who fought to protect her children from the violence of the Rwandan genocide.

Recording her memories of their life together in spare, wrenching prose, Mukasonga preserves her mother’s voice in a haunting work of art.

But things quickly go downhill in this dark novel.

Space Invaders tells the story of a group of Gen-Xers haunted by uneasy memories of their classmate Estrella González Jepsen who had gone missing in the latter years of Chile’s military dictatorship.

In their dreams, they catch glimpses of Estrella’s braids, hear echoes of her voice, and read old letters that eventually, mysteriously, stopped arriving.

Best gifts to give book lovers in 2021

Based on customer reviews and recommendations from top sites. 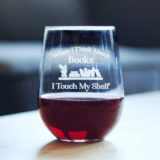 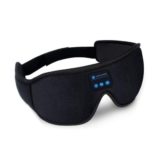 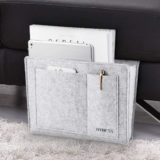 16 bookish decorations and ornaments, not only for Christmas
– October 22, 2021

All you need to know about this year’s National Book Awards for translated literature https://ebookfriendly.com/national-book-awards-2019-translated-literature/ via @ebookfriendly