Amazon is a well-known, reputable source of refurbished electronics – and it also applies to iPad, iPhone, and Mac. Here are tips to find refurbished iPad models that are currently on sale.

Since the launch of the official Apple Reseller Store, Amazon has become a one-stop, reliable source of iPad models, cases, and accessories. You can, obviously, buy here also iPhone, Mac, AirPods, or Apple TV.

New iPad models appear on Amazon at the same time as in Apple’s online store. Usually, after a few months, you can already expect slight price cuts on more expensive variants and less popular color colors. The prices can be lower between 3 and 10%.

However, the entry-level variants can be offered on Amazon for the same price as on Apple, and it may take a long time to see a price drop. If you are determined to save on iPad, you can always go for a refurbished model.

A refurbished device is the one that has been returned by a customer, and tested by Amazon-qualified supplier for functionality and defects. Its software is being restored to factory settings. The display and bezel are usually being replaced to make the device work and look like new.

However, opposite to Amazon’s own devices, refurbished iPads are being offered by third-party sellers (“Amazon-qualified” but still third-party), and come with a shorter guarantee. Instead of 1-year warranty for a Kindle or Fire, you can get the 3-month Amazon Renewed Guarantee.

What you have to keep in mind is that you probably won’t be able to buy a refurbished iPad that has just been released. You will have to wait at least a few weeks.

What is Amazon Renewed Guarantee?

The product is eligible for a replacement or refund within 90 days of receipt if it does not work as expected. Get quick support for claims and free troubleshooting via a single point of contact at Amazon.

How the refurbished process works 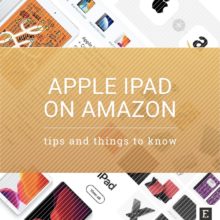 Top article
The best iPad deals on Amazon, refurbished iPads, iPad accessories on sale, and other tips and tricks.

How to find refurbished iPad on Amazon

Amazon Warehouse is the home of refurbished electronics. When you visit it, find “Computers & Tablets” category, and then – to narrow down the list of results, click on “Apple” on the left side, under “Featured brands.”

Optionally, when being already in the Amazon Warehouse section, type “iPad” in the search box.

If you visit Amazon Warehouse and check out the currently sold iPads, you will get a quick idea of how much you can save. In general, the prices of refurbished items are lower by 5 to 25% – and it refers to iPad, as well.

The link below will direct you to Apple-branded results in the Amazon Warehouse catalog.

The second method is even easier, if you don’t have a direct link to Amazon Warehouse.

Simply go to Amazon website (it can be in a mobile browser, as well) and type “refurbished iPad” or “renewed iPad” in the search box on the top of the page. You can also write down the name of a specific model, for instance:

To quicker get to the most affordable models, set the sort option (top right corner) to “Price: Low to High.” You can also narrow down the list of results by checking “Apple” in the left-side Brand section.

Alternatively, instead of “refurbished” use the word “renewed” and a list of results may include other interesting iPad models.

Please keep in mind that Amazon now usually displays sponsored entries at the top of search results. They are marked with a tiny text “sponsored” followed by an “i” icon (where “i” stands for information) above the product title.

When you scroll down a bit, you should be able to see first refurbished iPads on sale.

Amazon Renewed Deals is a sub-section of Amazon Gold Box that lists only the deals on renewed, pre-owned, or refurbished items from electronics categories.

This is not the most convenient way to find renewed iPads on Amazon, as they appear in this deal section only from time to time, but if you are determined to get the iPad for as low price as possible, you can check out this deal page quite often.

You can use the search box at the top navigation bar to filter the list of featured items to those which include iPad. 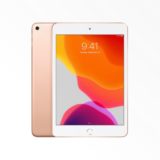 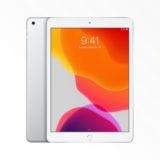 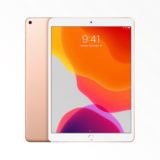 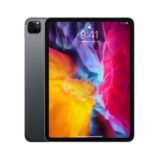 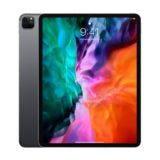 Don’t stop exploring. Here are other tips and lists for iPad and iPhone users: