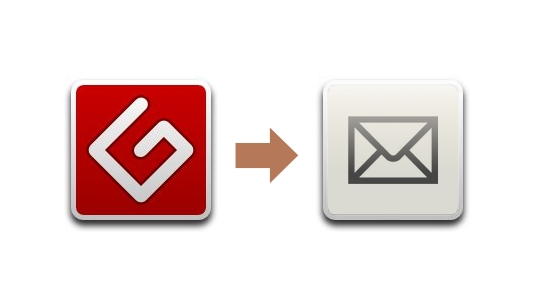 Project Gutenberg is our favorite source of free ebooks that have entered public domain. Currently there are over 42 thousand ebooks in several formats, including the ones that are compatible with Kindle (mobi), as well as Nook, Kobo or iBooks (epub).

The site offers an RSS feed of books recently added to the catalog or updated. If you use RSS readers, you can subscribe from this link. The books are added to the feed once a day and there are dozens of them. If you wish to receive the list to your inbox, I’ve created a Feedburner service, based on PG feed, that also sends email notifications.

You will receive an email with new/updated Project Gutenberg books once a day, between 5.00 and 7.00 PM Greenwich Mean Time. Please let me know it you want to change delivery hours.

Project Gutenberg also offers email subscriptions, but notifications are being sent as-it-happens, so you’ll get between 10 and 20 emails per day. That’s why I decided to stream new entries into single daily emails. You can subscribe to the email updates from the link below:

New ebooks on Project Gutenberg – email updates once a day

Get new ebooks from Project Gutenberg once a day to your inbox https://ebookfriendly.com/get-new-ebooks-from-project-gutenberg-once-a-day-to-your-inbox/ via @ebookfriendly