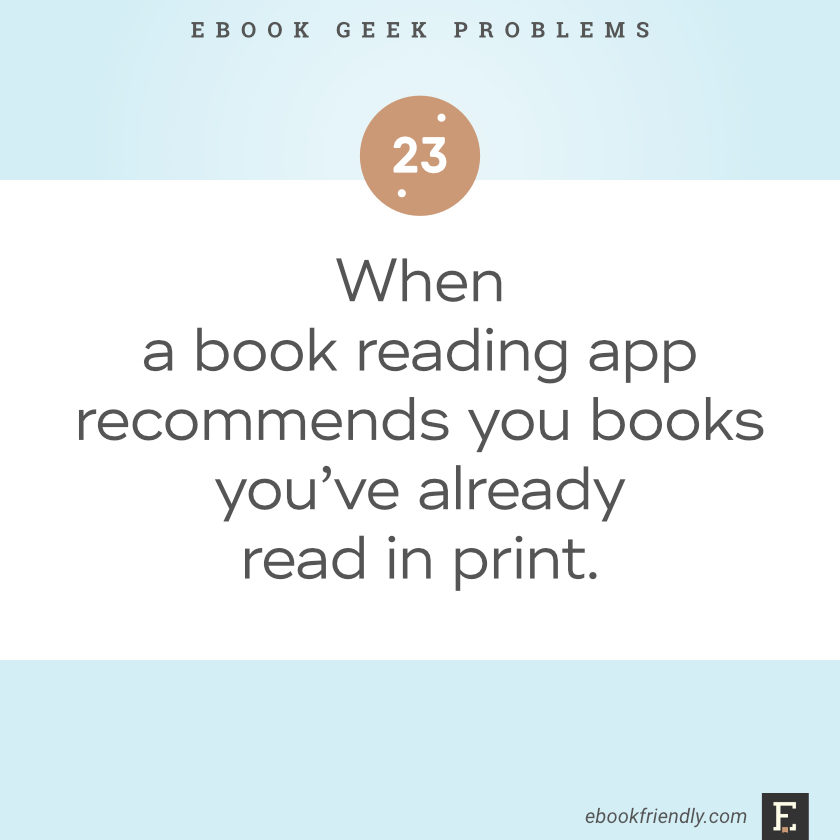 When a book reading app recommends you books you’ve already read in print.